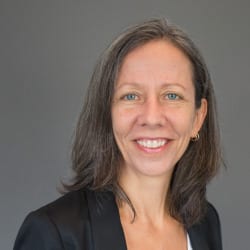 DuVal is the author of Independence Lost: Lives on the Edge of the American Revolution (Random House, 2015), which tells the little-known story of Spanish, French, British, Chickasaw, Creek, and African American people who fought in the American Revolution in the Gulf South. Independence Lost won the Book of the Year Award from the Journal of the American Revolution, the Deep South Book Prize from the Frances S. Summersell Center for the Study of the South, and the Society of the Cincinnati in the State of New Jersey History Prize and was a finalist for the George Washington Book Prize. It was an Editor’s Choice in the New York Times Book Review, one of This Week’s Must Read Books in the New York Post, and one of The Week’s Best Books.

DuVal is also the author of The Native Ground: Indians and Colonists in the Heart of the Continent (University of Pennsylvania Press, 2006) and the co-editor of Interpreting a Continent: Voices from Colonial America (Rowman and Littlefield, 2009), which she edited with her father, the literary translator John DuVal. She is a frequent book reviewer for the Wall Street Journal and has published in the New York Times, William and Mary Quarterly, Ethnohistory, Journal of the Early Republic, Early American Studies, and the Arkansas Historical Quarterly. Her article prizes include the best article in the William and Mary Quarterly and the best article in southern women’s history from the Southern Association for Women Historians. She has won fellowships from the National Humanities Center, the American Philosophical Society, the Huntington Library, and the Newberry Library and is an Elected Fellow of the American Antiquarian Society and the Society of American Historians. She has appeared on The Diane Rehm Show, The State of Things, Ozarks at Large, and documentaries on the History Channel and the American Heroes Channel.

DuVal lives in Durham, North Carolina, with her husband and sons.

As a Guggenheim Fellow, DuVal will be writing a book on American Indian dominance in the centuries before 1850.