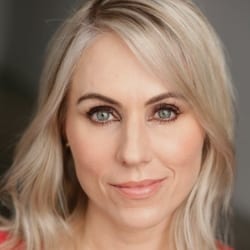 I am a Senior Research Scholar at the Center for Biomedical Ethics at Stanford University. Drawing on my training in cultural anthropology, science studies, and empirical bioethics, my work is deeply interdisciplinary, and addresses a range of topics challenging entrenched scientific and medical beliefs about gender, sexuality, and the body. I began my career looking at controversies over treatment for people with intersex traits, which resulted in my book Fixing Sex: Intersex, Medical Authority, and Lived Experience (Duke 2008). My current research, which has been supported by the National Science Foundation, the Brocher Foundation, and the American Council of Learned Societies, examines the many identities of testosterone (T) especially as it pertains to “sex testing” of elite female athletes. This work has appeared in Science, The American Journal of Bioethics, BMJ, as well as media like The Guardian and The New York Times. I helped to mount Dutee Chand’s successful appeal against the International Association of Athletics Federations’ policy regulating naturally high T in elite women athletes at the Court of Arbitration for Sport in Lausanne, Switzerland.

During the fellowship period I will work on the book, T: The Unauthorized Biography (under contract with Harvard University Press), with Rebecca Jordan-Young. “The trouble with testosterone,” to borrow Robert Sapolsky’s phrase, is that T is at once a specific molecule and a mercurial cultural figure—a familiar villain and attractive bad boy that supplies a ready explanation for innumerable social phenomena. The difficulties with pinning down T go deeper than scientific versus social versions: there isn’t a single science of T, and the multiple sciences involve not merely partial knowledge about this molecule, but conflicting claims, applied in sometimes highly contentious contexts. In our book, we examine these divergences and ask which versions gain authority, and for what purposes? Employing methods from anthropology and philosophical and gender studies of science, we analyze scientific research and “T talk” related to five high-stakes domains (science achievement, libido, aging, violence, gender relations, and sports) tracing how certain claims and knowledge about T are authorized as scientific or factual, and by whom, with the ultimate aim of understanding the power relations and real-world effects inherent in choices across various domains. Ultimately, our book will present a dense picture that characterizes various sciences of T in relation to the social worlds in which these sciences are produced and used.