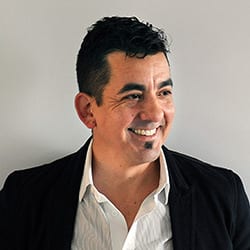 Ken Gonzales-Day has been widely recognized for his “Erased Lynching” series. The series was sparked by anti-immigration rhetoric that directly led to an increase in vigilante activity along the U.S/Mexican border in the early 2000’s. Controversial and challenging on many levels, the project gave form to the historical erasure, or absence, of Latinos from historical accounts of lynching in the United States. The series was part of a larger project that also included the “Searching for California Hang Trees” series. In this body of work, Gonzales-Day traveled across the State of California looking for some of the locations of the over 350 lynching cases he had identified in his research. The third, and perhaps most challenging element of the project, began while Gonzales-Day was a fellow at the Rockefeller Foundation’s Bellagio Center Residency Program in Italy. It was there that Gonzales-Day drafted the first chapters of his book, “Lynching in the West: 1850-1935” (A John Hope Franklin Center Book), published by Duke University Press in 2006. Taught at universities and colleges across the Nation, it continues to be widely cited. Works from the project were exhibited in “Phantom Sightings,” a traveling exhibition organized by LACMA; the Vincent Price Museum in east Los Angeles; “Our America,” a traveling exhibition of the American Art Museum of the Smithsonian Institution; “Shadowlands,” a (traveling) mid-career survey at the Minnesota Museum of American Art in St. Paul; The Tamayo Museum in Mexico City; The Generali Foundation in Vienna; and the Palais de Tokyo in Paris; among others.

In 2008, while a visiting scholar at the Getty Research Institute, Gonzales-Day began his “Profiled,” series, which is an ongoing photographic project that focuses on sculptural depictions of race, nationality, and whiteness, found in major museum collections and is, in part, a visual exploration of the material legacies of slavery, colonialism, and scientific racism – not to mention gender normativity. The project includes over a dozen museum collections in Colombia, France, Germany, Japan, Mexico, Netherlands, and the United States. In 2010, Gonzales-Day was awarded the PAC Prize (Photographic Arts Council Los Angeles) for his LACMA publication of “Profiled.” In that same year, the Los Angeles Department of Cultural Affairs awarded him the prestigious COLA fellowship in recognition of his work. In 2014, Gonzales-Day extended the research as a SARF Fellow (Smithsonian Artist Research Fellowship) at the National Portrait Gallery in Washington D.C. where he photographed works in three Smithsonian collections at the National Portrait Gallery, the American Art Museum, and the National Museum of Natural History. A solo exhibition of resulting work will open at the NPG in spring 2018. Additional works from the Profiled will be featured in a solo exhibition being held at the MoAH (Museum of Art and History) in Lancaster to correspond with the Getty Foundation Initiative, PST II: LA/ LA (Pacific Standard Time II: Los Angeles/Latin America) which will open in Nov. 2017. Works from the “Profiled” series have been widely exhibited and are in the collections of: 21C Museums and Hotels, Eileen Norton Harris Foundation, LACMA, ’Ecole des Beaux-Arts and National Museum of Natural History in Paris, among others.

Additional fellowships include: Van Leer Fellow at the Whitney Museum of American Art’s Independent Study Program in New York; The National Institute of Art History in Paris; Senior Fellow at the Terra Foundation in Giverny, France. Gonzales-Day is a Professor of Art at Scripps College, has served as Department Chair as well as on the Board of Directors for CAA (College Art Association), and the Regional Board of SPE (Society for Photographic Education). Gonzales-Day is represented by Luis De Jesus Los Angeles.