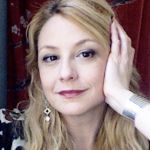 University of Wisconsin School of Music

Laura Elise Schwendinger’s setting of in Just – spring has been performed on tour by Dawn Upshaw and Gilbert Kalish, at venues including Carnegie Hall, Wigmore Hall, the Theatre du Chatelet in Paris, the National Arts Center in Canada, and at the Tanglewood and Ojai music festivals.  Ms. Upshaw’s performance of it at the Theatre du Chatelet was included on the recent Naxos TDK/DVD Voices of Our Time.

Her honors include fellowships and commissions from the Koussevitzky (2001) and Fromm (1999) foundations, the Harvard Musical Association (1999), the American Academy in Berlin Prize (1999), a Bunting Fellowship from the Radcliffe Institute for Advanced Study at Harvard University (2002-03), a Charles Ives Scholarship from the American Academy of Arts and Letters (1993), a Copland award from the Copland House (2007), a Jane Adams Wait residency from Yaddo (2005), a Judge’s Commendation from the Barlow Endowment (1995), a Norton Stevens and North Shore fellowship from the MacDowell Colony (1994), two Meet the Composer grants (1997, 1998), an American Composers Forum grant and First Prize of the 1995 ALEA III International Composition Competition (the first american winner in over a decade), an Illinois Arts Council grant, and from the University of Wisconsin, Madison, an Emily Mead Baldwin-Bascom Professorship in the Creative Arts (2006) to support the creation and recording of a new text setting (the final setting in a trilogy) and grants from the University of Illinois (1999, 2000) for the creation of a new concert work and recording project with the Chicago Chamber Musicians.  In 2005, her Nonet was nominated for the University of Louisville Grawemeyer Award by the Chicago Chamber Musicians.

She has had residencies at the Rockefeller Foundation’s Bellagio Center, the American Academy in Berlin, the Bogliasco Foundation’s Liguria Center, MacDowell Colony (seven times), Yaddo (three times), and the Millay Colony, Atlantic Center for the Arts (three times), the Tyrone Guthrie Center in Ireland (three times), and the Virginia Center for the Creative Arts (four times).  She has been invited to present her music to many composition seminars, including those at Harvard University (2003), Northwestern University (1999, 2004), the Unviersity of Chicago (1999), the University of California, Berkeley (2005), the San Francisco Conservatory of Music (2005), Oklahoma University (2005), Roosevelt and Columbia Colleges (1998), and the Royal Irish Academy of Music in Dublin (2005), Ireland’s foremost music education institution. In June 2005, she was composer-in-residence at Chamber Music Quad Cities (Greg Sauer, director) in Davenport, Iowa.

Recent performances include Chiaroscuro Azzurro, for violinist Jennifer Koh and the International Contemporary Ensemble, commissioned by Miller Theater of Columbia University (27 March 2008) as part of its "Pocket Concerto" series; Esprimere, a cello concerto for Matt Haimovitz and the University of Wisconsin Symphony Orchestra (28 March 2007); and Three’s a Crowd with the B3+ brass trio for Composers Concordance (4 April 2008); Aerialist, for Christina Jennings, which premiered at Symphony Space, New York (30 November 2006); 2 little whos for the violin and guitar ensemble Duo 46 (3 October 2006); a setting of Sylvia Plath’s Lady Lazarus for the opening concert of the 2005-06 Blueprint Series at the San Francisco Conservatory of Music (October 2005) and commissioned by Nicole Paiement; Ensemble Parallele, with Canadian mezzo-soprano Patricia Green; Respiro  for violist Sally Chisholm (of the ProArte String Quartet) and pianist Christopher Taylor (March 2006); Elements for Anthony Di Sanza and his Western Percussion Ensemble at UW-Madison; Basso – Non Profundo by bassist David Murray (November 2006); and High Wire Act for Christina Jennings and the BrightMusic ensemble (November 2005), which received a standing ovation at its premiere.

In addition, her music has been performed by the Franz Liszt Chamber Orchestra of Hungary, the Chicago Chamber Musicians, the Cleveland Chamber Symphony, the New York Camerata, ALEA III, the New England String Ensemble, Vancouver New Music, and the Washington Square Contemporary Music Society (Merkin Hall, New York City). In April 2001, the "Music for a While" series at the Music Institute of Chicago presented an entire concert of her works.

Music critics seem unanimous in bestowing kudos on Ms. Schwendinger’s works. In the San Francisco Chronicle, Robert Commanday praised the "considerable power" of her music, while Anthony Tomassini of the New York Times was moved by its "impressive luster and transparency."  The Boston Globe ‘s Richard Buell joined the chorus: "Schwendinger’s Magic Carpet Music, like the composer’s other music, rejoices in edge and has a force that has its way. . . . Here is a composer with a distinct voice."

Her Chansons Innocentes (Hildegard Publishing Co.) is available through Theodore Presser and her Chamber Concerto, praised in the American Record Guide review as ‘melodic and atmospheric," is on the CD Grand Designs from the Society of Composers record series on Capstone Records.  An entire CD of her chamber works will be released on the Centaur label next year.