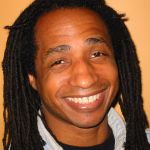 Marco Williams is a filmmaker and a film educator.

His directing credits include The Undocumented; Inside the New Black Panthers; Banished; Freedom Summer; I Sit Where I Want: The Legacy of Brown v. Board of Education; MLK Boulevard: The Concrete Dream; Two Towns of Jasper; Making Peace: Rebuilding our Communities; The Pursuit of Happiness: With Arianna Huffington; Without a Pass; In Search of Our Fathers; and From Harlem to Harvard.

All of his films have had national U.S. broadcast on cable and PBS.  Additionally, Two Towns of Jasper was featured on Oprah Winfrey, and Nightline, and was the centerpiece of the town hall meeting America In Black and White, hosted by Ted Koppel.  In Search of Our Fathers was included in the Whitney Museum of American Art’s 1996 Black Male Exhibition and the 1993 Whitney Biennial.

Williams received a B.A. from Harvard University in Visual and Environmental Studies.  He received a Master of Arts degree from UCLA in Afro-American Studies and a Master of Fine Arts, also from UCLA, in its Producers Program.

He is an Arts Professor at New York University’s Kanbar Institute Tisch School of the Arts, Undergraduate Department of Film and Television, as well as the Area Head of Documentary Production.

I have always wanted to make a difference.  Documentary film has been the medium by which I have attempted to make a difference.  To challenge the status quo, to challenge an audience’s comfort level, to interrogate and investigate our collective psyche as Americans, this has been the foundation of my artistic aspirations.   My recurrent canvas has been the lingering residue of slavery in  America—race relations.  I have tackled race in America because I seek to reflect on who we are, as Americans!

As a viewer of several of my films told me: “you make films about the stories we prefer to keep hidden.” Yes, I try to tell the stories we’d rather not tell.  (This was true even at the start of my career when my films were explicitly personal.)

As I arrive at midcareer, I am returning in my next project to first-person narrative in order to examine the topic of black-on-black murder. This year marks the forty-eighth anniversary of the murder of my great aunt Annabelle. Her murderer was a friend of my cousin, her nephew. He was a young black male. This would not be the only incident of violence in my family. Twelve years ago, my cousin Warren was found bleeding and unconscious on the street at 2:00 a.m. Nine days later he was dead. Warren was beaten outside a crack house in West Philadelphia. Warren’s assailants were never found. But what is known is that they were young black males.

The killing of an African American male by a policeman or a white person triggers social outrage, a justifiable social outrage. But the same tenor of emotion is rarely heard when a black person is killed by another black person beyond the wails of the mother of that slain black person.