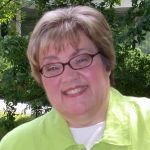 Martha Ackmann is a journalist, author, and editor who writes about women who have changed America.  Her works have appeared in the New York Times, the Boston Globe, the Los Angeles Times, and many other publications around the country.  A frequent contributor to the op-ed pages of the nation’s newspapers, Ms. Ackmann focuses on science, women’s history, medicine, politics, and sports.  She is also a commentator for National Public Radio.

Ms. Ackmann’s first book, The Mercury 13: The True Story of Thirteen Women and the Dream of Space Flight (Random House) has received critical acclaim. The book tells the dramatic story of thirteen pilots who secretly tested to become America’s first women in space. Ms. Ackmann has been featured on many television and radio programs, including the Today show, CNN, BBC, and Voice of America.

A much sought-after public speaker, Martha Ackmann addresses colleagues and universities as well as government agencies, corporate and business groups, and professional organizations.  Using the story of the Mercuy 13 as a study of women’s determination and hope, Ms. Ackmann inspires audiences of men and women alike.  She recently delivered the keynote lecture for National Women’s History Month at NASA’s Kennedy Space Center in Cape Canaveral.

A member of the faculty of the Gender Studies Department at Mount Holyoke College in Massachusetts, Martha Ackmann teaches courses in women’s public writing, feminist biography, and the poet Emily Dickinson. A long-time scholar of the poet’s work, Ms. Ackmann teaches a popular seminar every fall in the Dickinson Homestead in Amherst, Massachusetts– the very site where Emily Dickinson wrote her memorable poems.

Martha Ackmann earned her B.A. from Lindenwood College, an M.A. from Middlebury College, and a Ph.D. from the University of Massachusetts.

Born and raised in St. Louis, Ms. Ackmann has worked as a high school journalism teacher, an editorial writer, a radio reporter, and an instructor of countless sections of freshmen composition.  In her early twenties as a media publicist, she wrote plot synopses for TV Guide and may be the only person alive ever to have summarized every episode of I Love Lucy and Leave It to Beaver.  Martha Ackmann now lives in rural western Massachusetts where she resides among amiable neighbors that include moose, bobcat, wild turkeys, and an occasional bear.  During her Guggenheim Fellowship term, she is working on a new book about women and baseball.