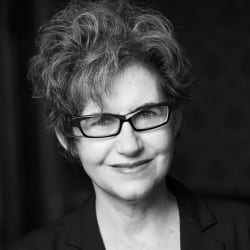 The seen is often cut off from the textual or the written in visual studies. My project seeks to join images and words to dreaming in the ex-Belgian Congo. I will mine two archives of Congolese-created pictures and texts which emerged out of artistic, economic, and educational practices in Kinshasa, while expatriate social scientists sometimes incited their creation. One archive lay dispersed across a comic artist’s Kinshasa home when I arrived there in 2001. This corpus of uncanny, hilarious, chilling stories, told through talking balloons, speaks to spirit interventions, sorcery, risk, and dread. An earlier set of ebullient children’s drawings suggest rather innocence, even joy. This counterpoint enables thinking about the history of daydreaming, nightmares, childhoods, and dream-collecting within a signal postcolony, one emblematic of violence and death, but also elation and the strange.

I will link these moments of creation and reception to critical scenes and persons from Congo’s postwar history of anthropology (and the social and psy sciences as practiced there). Mary Douglas, Jan Vansina, Luc de Heusch, Johannes Fabian, to name just a few, moved in divergent directions in relation to history as well as their quite different sensibilities, methods, and pointed acquisition of dream-images. In fieldwork, I will invite a wide spectrum of Kinshasa residents to read, see, and interpret text-images from the same counterpoint in striking archives. My dialogical method will lie in co-mining and co-parsing assemblages from two moments in Kinshasa’s history, seeking intervals (to use Aby Warburg’s word) of fresh meanings. Through investigating pictures, ideations, categories, and borderlines in this way, my research will seek to obliquely engage the emergent, contradictory spaces of “global mental health,” a psychiatric field wending its way into Africa as research and care.

At the close of a long research cycle about violence and reproduction in central Africa, my new work is moving in cross-empire and postcolonial directions around “madness” in diverse parts of the continent. An important hinge between these two lines of work was A Nervous State (Duke, 2016). Two concepts, nervousness and reverie, anchored this historical interpretation of one Congolese region with insurgent afterlives that followed terrible violence. Awarded the Martin A. Klein Book Prize from the American Historical Association, A Nervous State uses hermeneutic methods to locate violence’s “acoustic register” beside words, images, ideas, and other senses.

My work has long traversed the historical and the anthropological, the colonial and postcolonial. A Colonial Lexicon (Duke, 1999), frequently taught in historiography, medical anthropology, and medical history seminars still, received the coveted Melville J. Herskovits Book Award in 2000. It pioneered as ethnographic history. By attending to colonial debris, material stuff sighted in a contemporary field, I read these odds and ends as perplexities worthy of historical investigation. Childbearing, letter-writing, cycling, and dreams came to the fore, decentering biomedicine in this storied history.

Trained at the University of Chicago in poststructuralist theory and the humanities (BA with Honors, 1980) and in African history and anthropology at the University of Wisconsin-Madison (PhD, 1992), I have been teaching history and African studies at the University of Florida since 2016. That year, I was granted the title Professor Emerita of History and Obstetrics/Gynecology by the University of Michigan, after 19 years there. Now a council member of the International African Institute, I serve on several editorial boards, including Africa; and the Cambridge book series Global Health Histories. With Achille Mbembe and Juan Obarrio, I recently launched a Duke book series, called Theory in Forms.

A week of giving endowed lectures in Belgium, as the 2017 Jacques Leclercq Chair in Anthropology at Louvain, had me exploring how to tackle a postwar history of anthropology in Congo. I have been residential fellow at three European institutes of advanced study: the Wissenschaftskolleg in Berlin (2010-11), the Institute of Advanced Study in Paris (2014-15), and the Netherlands Institute of Advanced Study (2001-02). Additional fellowships have been received come from the Social Science Research Council, the American Council of Learned Societies; the National Science, Ford and Woodrow Wilson Foundations; and the American Association of University Women. I spent 2007 as Fulbright Professor in History at the University of Kinshasa. Other year-long Fulbright research fellowships took me to the Kisangani zone of Congo-Zaire (1989-90) and Bujumbura, Burundi (1984-85). This year, a Fulbright award will enable summer weeks in Paris beside a formidable French group of STS, health, and mental health researchers at Cermes3 (CNRS) as well as exploratory research in Niger.

Finally, I am a proud board member of Gainesville’s comic school, the Sequential Artists Workshop. My career as a historian in many ways began with archival work in Chicago and Illinois institutions. An aftereffect lies in my commitment to creatively identifying, conserving, and exhibiting vernacular archives and text-image materials, notably African street comics and graphic novels.