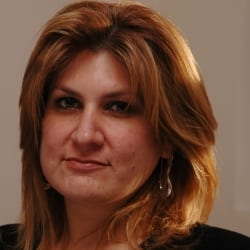 Roxanne L. Euben is the Ralph Emerson and Alice Freeman Palmer Professor of Political Science at Wellesley College,where she has taught since 1997. She received her Ph.D. in Politics and Near Eastern Studies from Princeton University in 1995, and launched her teaching career immediately thereafter at the University of South Carolina, Columbia.

Professor Euben’s research has helped pioneer a vibrant new area of inquiry sometimes called “comparative political theory.” This is an understanding of political theory not as coextensive with Euro-American canonical texts ‘from Plato to NATO,’ but as inclusive of intellectual traditions of the “non-West” and global South, as well as of indigenous traditions in but not of “the West.” Euben’s special area of research is Islamic political thought, and her scholarship has taken up such topics as Muslim cosmopolitanism; jihad, martyrdom and political action; travel, translation and the production of knowledge; commonalities between Muslim and European perspectives on science and reason; Islamic critiques of modernity; and the political thought of Muslim thinkers ranging from Rifa‘a Rafi‘ al-Tahtawi to Sayyid Qutb. She is the author of Enemy in the Mirror: Islamic Fundamentalism and the Limits of Modern Rationalism (Princeton, 1999; Oxford, 2001), Journeys to the Other Shore: Muslim and Western Travelers in Search of Knowledge, (Princeton, 2006), and Princeton Readings in Islamist Thought: Texts and Contexts from Al-Banna to Bin Laden (Princeton, 2009), written and edited in collaboration with Muhammad Qasim Zaman, Professor of Near Eastern Studies and Religion at Princeton University. She publishes regularly in leading scholarly journals, including Perspectives on Politics, Political Theory, The Review of Politics, The Journal of Politics, International Studies Review, Common Knowledge, Current History, Theory & Event, and Political Psychology. Euben has also contributed articles and op-ed pieces to such widely read publications as Quartz, the Atlantic’s digital magazine, and The London Times Higher Education Supplement.

Professor Euben has been an active part of the governance of the American Political Science Association (APSA), the professional organization of North American political scientists. She is currently on the APSA’s Governing Council, and sits on the editorial board of The American Political Science Review (2007-present), the flagship journal of the APSA. She is also on the Executive Editorial Committee of Political Theory: An International Journal of Political Philosophy (2011-2017), the major journal of her discipline.

Professor Euben’s honors include fellowships from the National Endowment for the Humanities (2012-2013), the Radcliffe Institute for Advanced Study at Harvard University (2004-2005), the American Council of Learned Societies (2000-2001) and the Mellon Foundation (2002), and her work was awarded the Frank L. Wilson Best American Political Science Association Paper Prize (2005). She has also received two teaching awards, the Pinanski Teaching Prize at Wellesley College (2003) and the Excellence in Teaching Award at the University of South Carolina (1996).

During her Guggenheim Fellowship term, Roxanne Euben will be continuing work on her next book, an investigation of Arab and Islamic rhetorics of humiliation in comparative perspective.