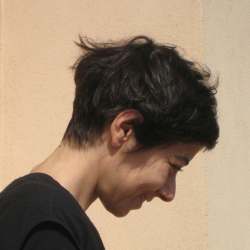 Growing up in Sicily, I have inherited a deep awareness of the importance of story-telling to both reckon with the past and make sense of the present, and I have become a historian because I wanted to explore in greater depth the link between time, narrative, and reality.

In 2003, after obtaining my Ph.D. from the Scuola Normale Superiore in Pisa, I moved to the US, where I have lived ever since and where I currently work as a Professor of History at UCLA. I specialize in the history of post-Reformation Catholicism, and my overarching scholarly interest lies in the tension between the individual conscience and the law in the widest possible sense. To say it in another way, I am interested in the tension between the freedom of the human will, which is a crucial anthropological but also theological notion in the Catholic tradition, and the constraints imposed on this freedom by the political, intellectual, and cultural systems, as well as by the moral and dogmatic structure of the Church. The early modern period is an ideal venue to appreciate and understand this tension. With the onset of secular modernity, the Church progressively lost its political capital, epistemological authority, and cultural hegemony. My work seeks to explain how this loss occurred and to trace the multiple responses of a hierarchy besieged by political, religious, and intellectual attacks. I believe that this is a story that deserves to be told, because it is important that we investigate the mechanisms by which any political, social, religious, or intellectual hierarchy imposes the truth, and that we reflect on the challenges that competing truths bring to the conscience of men and women.

I have published five monographs and numerous essays and other contributions on the cultural and intellectual history of post-Reformation Catholicism, and especially on the relationship between conscience and law in Catholic political thought, on the historical role played by the Society of Jesus in early modern Europe, and on the intellectual and cultural implications of Catholic moral theology. In addition, I have a keen interest in the methodological premises of historiography and in the philosophical and theoretical nature of history as simultaneously an inquiry into the truth of the past and an essentially narrative enterprise. My research has been supported by several grants and awards, including, most recently, an individual faculty fellowship from the National Endowment for the Humanities and a Rome Prize from the American Academy in Rome.

As a Guggenheim fellow, I plan to continue my investigation into the manifold, complex, and shadowy manifestations of truth. More specifically, during the tenure of my fellowship I intend to finish a book project centered on a seventeenth-century case of forged sanctity that provoked a twenty-year long, uniquely intricate, and at times dramatic debate in the Roman Curia over the authenticity of the documents on which the forgery was based. By blending cultural, intellectual, religious, and political history, and by paying special attention to the materiality of the saintly presence, my book provides a fresh perspective on the relationship between historical criticism and theological commitment in early modern Europe, and on the role that record-keeping, evidence, and proof played in verifying the authenticity of the past. I believe that learning how early modern theologians and intellectuals sought to articulate the concepts of evidence, proof, and truth is not only historically significant, but also exceedingly timely right now, as we too are struggling to distinguish evidence from beliefs, and facts from opinions.