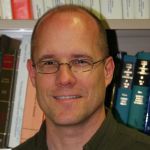 Sylvain Veilleux is a Professor of Astronomy at the University of Maryland. Born in Montréal, Canada, he received his bachelor’s degree from the University of Montréal (B.Sc. in physics; 1984). He then moved to the United States and got his Ph.D. in 1989 from the University of California, Santa Cruz. He spent his postdoctoral years first as a NSERC Fellow (1989–1992) at the Institute for Astronomy in Hawaii, and then as an Edwin P. Hubble Fellow (1992–1995) at the National Optical Astronomy Observatory (NOAO) in Tucson. In 1995, he joined the Maryland faculty as an assistant professor. He was promoted to associate professor with tenure in 2000 and to full professor in 2005. He has been the Optical Director at Maryland since 2003. He is also a Fellow of the Joint Space-Science Institute, a partnership between the University of Maryland and the NASA Goddard Space Flight Center (GSFC).

His research interests are in extragalactic astrophysics. He is best known for his work on active galactic nuclei (AGN), objects powered by supermassive black holes (SMBHs), and starburst galaxies, systems that form stars at prodigious rates. He has pioneered the use of optical, near-infrared, and mid-infrared emission line diagnostics to quantify the role of AGN and star formation in galaxies.  In 1987, as a graduate student, he proposed with his Ph.D. advisor, Donald E. Osterbrock, a revised optical spectral classification scheme for emission-line galaxies. This method of classification has become a standard in extragalactic astronomy. He has since extended this classification scheme to longer wavelengths, relying most recently on dust-insensitive mid-infrared diagnostics to constrain the origin of quasars, the most powerful examples of SMBH-driven activity in the universe. He has also played a leading role in understanding the impact of SMBH-driven activity and star formation on the extragalactic environment.  In 2005, he first-authored a major review on galactic-scale winds in the Annual Reviews of Astronomy and Astrophysics. Two recent research highlights from Professor Veilleux and his group include the discovery that powerful galactic winds are common in massive galaxy mergers, and the first unambiguous demonstration that SMBH-driven winds play a major role in getting rid of the molecular gas in these mergers and creating at least some, if not most, of the large gas-poor elliptical galaxies that we see today.

A significant fraction of Professor Veilleux’ research effort has relied on the use of state-of-the-art instruments developed and commissioned by his research group and collaborators. These include the Maryland-Magellan Tunable Filter (MMTF) for the Magellan-Baade 6.5-meter telescope in Chile, and the NOAO Extremely Wide-Field Infrared Mosaic (NEWFIRM) for the 4-meter Mayall and Blanco telescopes in Arizona and Chile, respectively. Instruments currently in development include the Maryland-GSFC Rapid infrared IMAger and Spectrometer (RIMAS) and its Maryland OH Suppression IFU System (MOHSIS) for the 4.3-meter Discovery Channel Telescope, and the Keck Photonic Spectrometer, a miniature instrument that takes advantage of recent breakthroughs in photonics to reverse the mass and cost spiral of instrumentation for giant next-generation telescopes. This project also involves colleagues from the University of Maryland School of Engineering, NASA Goddard Space Flight Center, and University of Sydney. It is the centerpiece of Professor Veilleux’ research effort under the Guggenheim Fellowship,

Professor Veilleux has received several awards for his work, most notably a Edwin P. Hubble Fellowship in 1992, a Cottrell Scholarship in 1998, a National Science Foundation (NSF) CAREER Award in 1999, the Humboldt Prize in 2009, and a W. M. Keck Foundation Award in 2013. External funding for his research in the past ten years has totalled more than $6 million and allowed the direct participation and training of fifteen Ph.D. students and six postdoctoral fellows. Professor Veilleux has held various leadership positions, serving on several committees that advise the NSF, NASA, and international research institutes on programs, facilities, and postdoctoral fellowships. Since 2013, he has been on the Board of Directors of Gemini Observatory, the premier community-access ground-based facility for astronomers in the United States, Canada, Australia, Brazil, Argentina, and Chile.