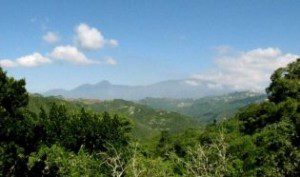 The 2009-2010 Guggenheim Fellowship was going to be – in my plans – a peaceful respite from everyday worries. Since I live in a forest ravine in the mountains near Caracas, an hour’s drive from the nearest store or gas station, my perspective on composing music and living off the proceeds of this wayward profession is not typical. I’ve designed my lifestyle to cater to a particular need for endless time in isolation – a luxury by today’s standards – so my everyday worries are perhaps unusual for a composer: I live off the grid, my only water source is rainwater, internet access is sporadic, vampire bats fly into my house whenever they feel like it, a snakebite would kill me before I had time to get to the hospital, and personal safety is not guaranteed. But the worries I was planning to leave behind had more to do with not being pressed by urgent deadlines. The success of freelance concert-music composition is determined by flexibility and speed. My survival training includes the ability – and inclination – to accept absurd deadlines: a concerto in three months, a chamber music record in two, a piece for a special celebration in three weeks (CD included). The Guggenheim Fellowship was to give me the chance to say No to rushing.

In August 2009, after attending a premiere of mine in Vermont just two weeks before the Fellowship began, I was happy to catch up with an old friend in Boston – the fantastic Venezuelan pianist Gabriela Montero (who performed with Yo-Yo Ma at Obama’s inauguration). My flight home happened to be canceled and that night she was performing with the Youth Symphony of the Americas in Jordan Hall. After the concert, she came up with a very tempting idea: she needed a Latin American piano and string orchestra concert piece for a March 2010 European tour with the prestigious chamber orchestra Kremerata Baltica. She needed it immediately, of course. Composing for Gabriela Montero is a huge intellectual and aesthetic challenge, and this was an exceptional opportunity. Of course I said yes. She was to call soon to confirm the tour and give me the green light.

I returned to my forest life, cooking on an open fire, tightly managing the scarce electrical resources and conversing with parrots and other wild creatures on tropical evenings (my kitchen is open-air) as I worked on a massive symphony (Opus 68) for the Simón Bolívar Youth Orchestra of Venezuela – my main project for the Fellowship. I didn’t hear from Gabriela, but I began to resuscitate sketches for a piano concerto I was writing for her in 2002, based on the soundtrack of the endless street riots of that year of political turmoil, when banging on pots and pans was the universal form of protest against the unpopular president. I wanted to create a furiously noisy, rhythmic, Latin American/Caribbean protest environment where the piano could suddenly become the most unusual rhythmic slogan engine, the core of a possessed orchestral crowd, veering into rhythmic patterns of the periodic table of Latin music elements. I had good bits and pieces, but not a concert work.

After three blissful months of uninterrupted work on the symphony, I called Gabriela, assuming she didn’t need the piano piece after all. “Send me the music! Is it ready?” “Of course!” I lied. This was December. In March, in Hamburg’s glorious Laeiszhalle, the Gran Cacerolazo (Great Pot and Pan Bang) for piano, string orchestra and percussion was premiered. A productive Holiday Season! And the performers were spectacular. The work is full of complex interlocking virtuosity at a fierce pace, and as with so much in South America’s tropical culture, serious things lose their gravity and slip into street carnivals and salsa. Gran Cacerolazo is the kind of work that rarely has a chance to come to life under normal circumstances. A politically engaged piece for highly artistic performers, an incredible opportunity, and a tiny window of time. In Hamburg, Gabriela proposed a second project with a quick turnover, this time for her important Fall 2010 European solo tour. During breaks in my symphonic shipbuilding schedule I composed the solo piano piece La Tierra, which she recorded in October.

The other interruptions to the Guggenheim Fellowship were the savage forest fires that forced us to hack desperate clearing lines through the brush for several weeks. At the height of the blaze, we spent the entire night pouring small buckets of water on the oncoming flames and clearing fallen trees on fire. Our house was nearly swallowed. The symphony was also on fire as I developed the long and hot Scherzo (third movement), a sort of Afro-Venezuelan Mendelssohn with digressions into Andean and Orinoquian genres. The idea in building this symphony – created with a classical palette but scored for the hyper-energetic performing style of Venezuela’s brilliant young players and conductors – was to provide a major work blending intense South American musical forms and concepts in a giant Mahlerian frame, often with humorous and ironic overtones and unexpected shifts but with a defined and coherent thematic construction. 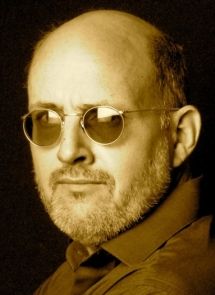 This has been an epic endeavor. Months after the end of the Fellowship, I am still proofreading and digitizing scores (part-time, while I work on an opera as a Radcliffe Fellow at Harvard). Anyone familiar with Venezuela’s visionary global musical movement El Sistema knows how important it is for these dazzling young performers to play serious music that reflects their own cultural background, not just Latin-flavored collages or arrangements of traditional music or excerpts of famous foreign works. Their general musical education is based on the orchestral masterpieces of Western classical music and genres that are now undoubtedly part of the multicultural heritage of Latin America, but Opus 68 will connect their symphonic fluency with new content in musical languages they have never seen structured in long form. Since I haven’t seen them either, I can’t wait to hear them perform the symphony. The Guggenheim Fellowship has given me the opportunity to work on this demanding project – something I couldn’t possibly have done as a freelancer, and might not be able to finish if the parrots keep yelling!