A short Q & A with Edward Hirsch, Poet, Critic, and President of the Guggenheim Foundation

The Foundation was first established in 1925. What, in your opinion, most distinguished the Foundation’s mission in its beginning years?
EH: The Guggenheim Foundation was initially designed to expand upon the Rhodes Scholarships. It was meant to give artists and scholars an opportunity to do their work and expand their horizons by traveling abroad. Simon Guggenheim said that he wanted “to supplement the great Rhodes Foundation by providing a similar opportunity for older students of proved ability.” He was determined to include women as well as men. I’m still inspired by the vision of the original 1925 charter, which stated the organization’s purpose as “the advancement and diffusion of knowledge and understanding and the appreciation of beauty, by aiding without distinction on account of race, color or creed, scholars, scientists and artists of either sex in the prosecution of their labors.” That’s an American legacy to be proud of.

The literary scholar Marjorie Hope Nicolson, who received a Fellowship in 1926, once remarked: “It would be difficult for young scholars today to understand what the Guggenheim Foundation meant to my generation, which was the first to have the opportunity to study under its auspices. . . . Yale University from which I took my Ph.D. had, I seem to remember, only one traveling fellowship to offer and the chances for a woman were even slighter than for a man. The announcement of the establishment of Guggenheim Fellowships, which appeared in the papers some time in 1925, seemed incredible.” 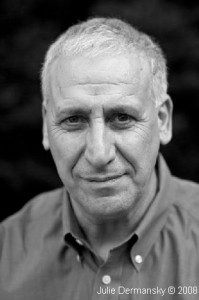 Who were among the first few African American Fellows?
EH: Isaac Fisher, who was part of the first class, was an educator whose project centered around “a study, in America and abroad, of the danger trends in world race relations, with a view of discovering the means of avoiding or counteracting these dissensions.” The second Fellow was Counteé Cullen (1928), one of my favorite Harlem Renaissance poets.

Can you tell us a bit about this year’s group of photographers?
EH: That’s a bit of a daunting task since we’ve given out ten fellowships, but I’ll take a stab at it. Peter Bogardus is working on the third installment of his amazing trilogy on the spiritual life of Ethiopia; Stephen DiRado is pursuing the sort of intimate encounters documented in his Martha’s Vineyard project; Dornith Doherty is proposing to expand her seed bank project and complete her groundbreaking book, Archiving Eden; Douglas DuBois is continuing his series about coming of age in Ireland during the current economic crisis; John Gossage is turning his lens on what he calls “non-iconic American places;” Bill Jacobson has been working on a series of photographs called Place (Series), which blur the line between what is “real” and what is “abstract;” Fazal Sheikh is returning to Somali refugee camps in Kenya to pick up the body of work he first began in the early nineties; and Sara Terry, the founder and director of The Aftermath Project, will return to Africa to work on Forgiveness and Conflict: Lessons from Africa, which will draw upon what she calls “traditions of forgiveness and reconciliation as a way to mend broken communities and to revive their culture.” Finally, the photographer Wendy Ewald and the filmmaker Elizabeth Barret are collaborating on Portraits and Dreams: A Revisitation. They’re returning to Kentucky to re-engage the students, now in their forties, who Ewald taught to take photographs in three public elementary schools in the Appalachian Mountains in the late seventies and early eighties. We’re proud to help enable this collaborative documentary project.