An Interview with Ian Olds 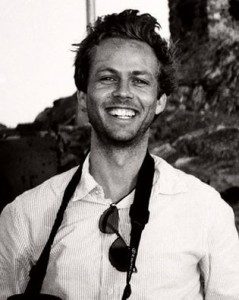 Ian, whether dealing with the simmering tensions in American suburbs in Cul de Sac: A Suburban War Story (2001) or overt violence and ever-present threats in battle zones in Occupation: Dreamland (2005) and Fixer: The Taking of Ajmal Naqshbandi (2009), your real focus seems always to be the quotidian lives of the individuals caught in these situations, and the celebration of their resilience in spite of their circumstances.  Is that a fair assessment?

Yes, I think that’s fair, although I might articulate it slightly differently. I think the intention underlying all three of these films is to look at individual lives in relationship to the larger web of history and power in which they are enmeshed. The goal is to approach individual human stories with deep compassion while never losing sight of the larger structural forces at play. This is something I became deeply committed to while working on Cul de Sac with Garrett Scott and is an approach I’ve taken with me to all my documentary work. For instance, Fixer: The Taking of Ajmal Naqshbandi tells the story of a young Afghan journalist I worked with who was kidnapped and murdered by the Taliban. Ajmal was our colleague and our friend, but it quickly became clear that to do justice to the man we had to unpack his death, not simply mourn it. Ajmal’s murder was not a random act: it emerged from a larger shift in the nature of the war in Afghanistan and the complicated and unequal power dynamics between Western journalists and their Afghan colleagues. With this understanding, the goal of the film became clear: how can we tell a story that illuminates these larger structural forces while never losing sight of the man at its center?

You began your college career at UC Santa Cruz as a cultural anthropology student. Do you think that shaped your choice of subjects, and your treatment of them? Do you think it’s possible for a documentarian to present his subjects in a completely objective way, as an anthropologist would strive to? Is that even necessary?

I’m not sure my anthropology studies informed my choice of subjects but it certainly influenced how I thought about the world. I was studying cultural anthropology theory in the mid 1990s, by which point most claims to pure objectivity in the field had been thrown out the window and much of the focus was on investigating how knowledge itself was constructed. I eventually burnt out on this kind of academic study but it was a very useful background for my documentary work. To some degree it gave me the language to contend with the moral and ethical dilemmas that so often come up in documentary filmmaking.

That said, there were of course many situations I found myself in while working in Iraq and Afghanistan that I was totally unprepared for. There are the obvious issues, like the very real danger of the work and the question of how to represent the brutality and banality of war, but there are also more subtle dilemmas. We accompanied American soldiers on night raids in Fallujah. We followed right behind as they broke down doors, corralled the women and children into rooms and arrested the men. Several times I stood, uninvited, in the middle of an Iraqi family home filming women and children cowering in fear and wondered what the hell I was doing there. We used some of this footage in Occupation: Dreamland because it was a crucial part of portraying the daily reality of the war on the ground, but I always knew that in a very real way this footage was stolen. Riding in on the heels of well-armed men quickly disabuses you of any remaining notion that you are some kind of neutral observer. Once you come to terms with that, it’s no longer about claiming objectivity, it’s about striving to honestly reflect the world under ever-changing circumstances. There is no comfortable or neutral place to stand while trying to do this kind of work—which I think is a good thing because it forces you to take responsibility for the choices you make as a filmmaker.

In 2011, you and James Franco co-directed Francophonia, which was built on footage Franco and his team had amassed when filming a special episode of the soap opera General Hospital. Franco had originally approached you about making a documentary from that footage, but prompted by you it morphed into your first “documentary/fiction hybrid.” Given your history as a documentarian, were you surprised by that evolution?

It was a bit of a surprise because it’s not something I planned to do. But I’ve always been interested in a wide range of work, from political documentary to experimental film to classic narrative and genre films. So while I never planned to make this kind of hybrid piece, when I was confronted with the very particular material James Franco had filmed I quickly saw that it would not lend itself to a conventional documentary approach. When I suggested we repurpose the footage for a fiction film, James was all for it. It was a very freeing and very strange experience, although I can’t say it’s something that I plan on doing again.

In The Fixer, the project you’ll be working on during your Fellowship term, you are again dealing with a “fixer,” a native who had worked as a translator and facilitator for Western journalists in Afghanistan but, unlike your friend Ajmal Naqshbandi, managed to evade the Taliban and flee to Sweden. But in this film you move from documentary to fiction, and from the war zone to Osman’s life as an exile in a foreign country. What motivated those shifts?

I’m very proud of my documentary work, but fiction filmmaking was always my first passion so I knew I would return to it when the time was right. After Ajmal was tragically murdered and I returned from Afghanistan for the last time, I knew I needed to shift gears. On a personal level I was done with war zones—the work is too dangerous and the toll too great to return again and again. But at the same time, after spending so much time thinking about the mechanics of war reporting and the role of these local journalists, I knew I wasn’t done with the story.

I became involved in the asylum process for another Afghan friend and fixer. He made it to Sweden, safe from war, but suddenly found himself facing a very different kind of struggle. Essentially he had spent his entire adult life thinking about how to get out of Afghanistan only to discover that he wasn’t sure how to live anywhere else.

Thinking about that moment became the genesis for this film, though I quickly realized I needed to grapple with the story in a different form. I mean this both in terms of the shift from documentary back to fiction as well as a shift away from the pervasive instinct to see all Afghan stories through the lens of war trauma.

The trauma of war is real, but after thinking about my own experience and talking with several Afghan friends, I kept coming back to one idea. To repeatedly tell the stories of Afghans through the lens of war and its trauma is too reductive; it cheapens humanity and denies the fullness of living. “I hate being pitied.” This was a refrain I heard over and over again from my Afghan friends. Where is the humor? Where is the sexuality? Where is the conflicted inner life? Where is the subtle pain of daily living? For in truth, these are all alive and well, even in the midst of unending war.

This understanding formed the basis of our approach to this new film and is one of the primary reasons we set it in a small bohemian town in Northern California and intentionally built the drama of the piece around a local event. My writing partner, Paul Felten, and I wanted to create a dramatically compelling film that treated the Afghan fixer at its center as a full human being and not simply as a symbolic victim of war.

The Guggenheim Fellowship has been a huge boon to the project. Right now we are working on putting our team together, securing financing, and moving toward production in the spring of 2014.

What stories might you tackle after you complete The Fixer?

I’m not sure yet. There’s a book that I’m in the process of adapting and a few other potential projects, but I haven’t settled on one yet. Right now all my focus is on making The Fixer into a compelling and unique film. I’m at such a crucial juncture with the piece that it’s taking all my attention. Once it’s on its way out into the world I’ll be able to open myself to what’s next.

During your career, you’ve been scriptwriter, editor, cinematographer, and director.  Do you have a preferred role, or as a filmmaker do you see them as inextricably intertwined?

Ultimately I think of myself as a director, but all these roles are complimentary. My work as an editor has been especially useful. Spending that much time looking closely at how images work definitely deepened my understanding of film language. Also, oddly enough, editing documentaries ended up helping my fiction writing. After editing my first doc, Cul de Sac: A Suburban War Story, I suddenly found myself with a heightened sensitivity to the rhythms of speech. It was strange, but working so hard on editing these characters opened me up to listening in a new way. 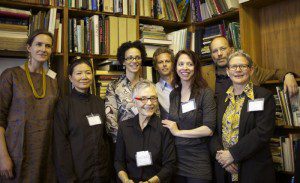