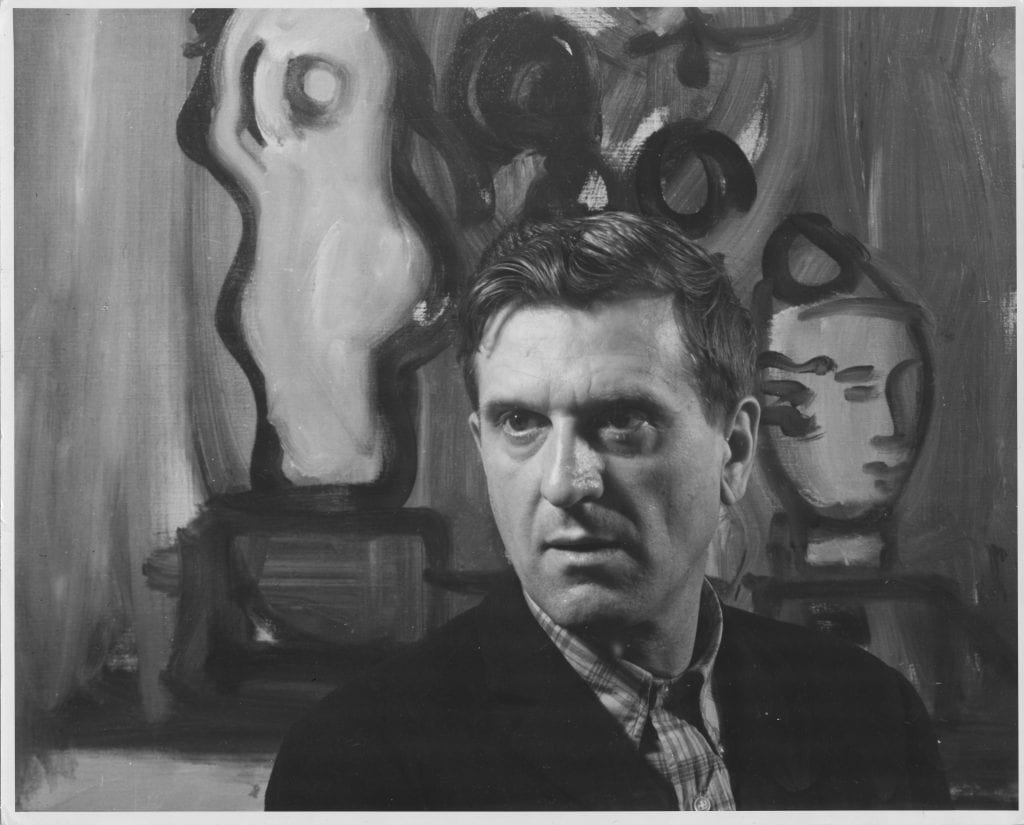 Robert De Niro says that “I am very happy to join the Guggenheim Foundation in supporting this Fellowship which really brings the story of my father full circle. He was awarded a Guggenheim Fellowship in 1968 at the age of 46—a time in the middle of his career when the financial and professional support of the Foundation made all the difference. That year, he was able to travel and lecture, and work in his studio more than he had in years. The paintings he made in 1968 and the years that followed were a turning point in his career.”

In 1968, Robert De Niro Sr.’s cohort of twenty-two Fine Arts Fellows included Donald Judd and Tony Smith. The Fellowship celebrated his work and freed him financially to continue creating the art that he always felt he was destined to make. It also gave him a much-needed boost of recognition by honoring the sharpness of his drawings and the colorful provocations of his paintings.

Edward Hirsch, noted poet and President of the Guggenheim Foundation, says that “we are proud of the fact that the Guggenheim Foundation played an important part in sustaining Robert De Niro Sr.’s work at a difficult period in his life. We honor his calling as an artist; we believe that a vocational sense of mission is at the heart of our work at the Foundation. We are

proud of the contribution that individual Guggenheim Fellows continue to make to the culture of our country—and to the world at large.”

The Guggenheim Foundation was founded in 1925 to encourage and support gifted individuals to do their work under the freest possible conditions. From early Fellows like Aaron Copland, Jacob Lawrence, Martha Graham and Zora Neale Hurston, to the more than 125 Fellows who have received the Nobel Prize (including four in 2020), and to the five Fellows who won Pulitzer Prizes in 2020, the Guggenheim Fellowship has both enabled and recognized great achievement.

As Robert Storr, a Guggenheim Fellow in 2016, explains: “The painter Robert De Niro Sr. received his fellowship from the Guggenheim Foundation at a crucial moment in his career when it seemed that he had been lost in the shuffle of talents caught up by the stylistic shifts and generational surges of the New York School in the 1950s and 1960s. It put him back into play and provided him the means and the validation that made it possible for him to continue pursuing his singular vision. His son Robert created a prize in Robert De Niro Sr.’s name to assist artists of comparable distinction who found themselves in a similar predicament. The transformation of that Prize into a Guggenheim Fellowship is a natural fit with the Foundation’s larger mission. It adds luster to the overall fellowship program while further honoring the Prize’s namesake by reciprocating the generosity that the Foundation showed him by enhancing its capacity to spread resources to a wider scope of those in need. These days it is commonplace to speak of transactions as being win/win propositions, but in this case it is literally true because, first and foremost, artists worthy of greater recognition come out ahead.”