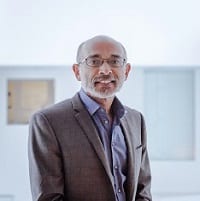 Dr. Brown served on the National Institutes of Health (NIH) BRAIN Initiative Working Group, and is currently a member of the NIH Council of Councils, the National Science Foundation Mathematics and Physical Sciences Advisory Committee, the Board of Directors of the Burroughs-Wellcome Fund, the Board of Trustees of the International Anesthesia Research Society and the Scientific Advisory Committee of CURE Epilepsy. Dr. Brown received an NIH Director’s Pioneer Award, an NIH Director’s Transformative Research Award, and the 2011 Jerome Sacks Award for Outstanding Cross Disciplinary Research from the National Institute of Statistical Science. Among others, he is a Fellow of the American Institute for Medical and Biological Engineering, the American Association for the Advancement of Science, and the American Academy of Arts and Sciences.

Dr. Brown was born in Ocala, Florida. He graduated from Phillips Exeter Academy in 1974, and earned all his degrees from Harvard: his B.A. degree in applied mathematics in 1978; his A.M. degree in statistics in 1984; and his M.D. (1987) and Ph.D. (1988, Statistics). He did an internship in internal medicine at the Brigham and Women’s Hospital in 1988, and his residency in anesthesiology at Mass General in 1992. Following the completion of his residency, Brown joined the anesthesiology staff in the Department of Anesthesia and Critical Care at Massachusetts General Hospital and the faculty of Harvard Medical School. In 2005, Brown became a professor of computational neuroscience and a professor of health and sciences technology at MIT, and in 2008 was named the Warren M. Zapol Professor of Anesthesia at Harvard Medical School. He is 62.