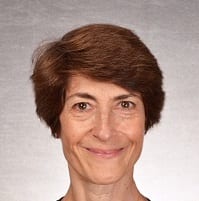 Lili Lynton is the co-founder and operating partner of The Dinex Group, which operates 17 Daniel Boulud branded restaurants. Prior to forming Dinex, she co-founded Telebank, an internet banking pioneer sold to E*Trade in 1999. Lili was an investment analyst at Sanford C. Bernstein, and an M&A analyst at Lehman Brothers. She is a graduate of Harvard College and Harvard Business School.

Lili co-founded the J. Anthony Lukas Prize, which honors books of narrative nonfiction and history, and includes two work-in-progress grants that provide financial support to help promising writers compete significant works. She is a director of East Harlem Tutorial Program and the affiliated East Harlem Scholars Academies, which operates five charter schools, and of four New Vi-sions charter high schools in The Bronx. She is a founding director of the The Bail Project, which operates a national network of charitable bail funds, and a director of El Pollo Loco (NASDQ EPL).