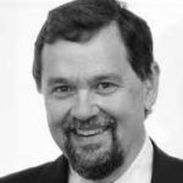 William P. Kelly is Andrew W. Mellon Director of the Research Libraries of the New York Public Library. Formerly the President of the Graduate Center of the City University of New York (2005-2015), he had previously served as the Graduate Center’s Provost, a tenure marked by the recruitment of a remarkable cadre of internationally renowned scholars to the school’s faculty. During that time he was also executive director of the CUNY/Paris Exchange Program; the French Ministry of Education named him Chevalier dans l’ordre des Palmes Academiques in recognition of his contributions to that program. Dr. Kelly joined the faculty of CUNY’s Queens College in 1976 and was named Queens College’s Golden Key Honor Society Teacher of the Year in 1994.


He concurrently held a faculty appointment in the Graduate Center’s Ph.D. Program in English, from 1986 to 1998, serving as the program’s executive officer from 1996 to 1998.  A distinguished American literature scholar and an expert on James Fenimore Cooper, Dr. Kelly edited the Oxford University Press edition of The Pathfinder, as well as the Random House edition of The Selected Works of Washington Irving.  He is the author of Plotting America’s Past: Fenimore Cooper and The Leatherstocking Tales; his numerous articles and reviews have appeared in, among other venues, TLS, The New York Times Book Review, and The American Scholar.