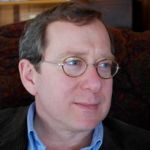 Adam Begley was born in Boston, Massachusetts, in 1959. He is at work on a biography of John Updike. From 1996 to 2009 he was the books editor of The New York Observer. He is the author, with Ed Sorel, of Certitude: A Profusely Illustrated Guide to Blockheads and Bullheads, Past and Present (Harmony, 2009). With Laura Miller, he edited The Salon.com Reader's Guide to Contemporary Authors (Penguin, 2000). In the 1990s he was a frequent contributor to The New York Times Magazine; Mirabella, where he wrote a monthly book column; and Lingua Franca, where he was a contributing editor. In the 1980s he wrote for the London Review of Books. He was for many years an advisory editor with The Paris Review. He has written hundreds of book reviews: in the U.S., for most of the major newspapers, including The Observer, The New York Times, the Chicago Tribune, and the Los Angeles Times; and in the U.K. for The Times, The Guardian, and the Financial Times. A graduate of Harvard College, he received a Ph.D. in American Literature from Stanford University in 1989. He has lived in England since 1997, in a small Northamptonshire market town called Oundle.