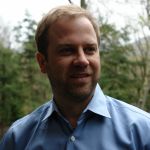 Adam T. Smith is an Associate Professor in the Department of Anthropology at the University of Chicago and a co-founder of the joint American-Armenian Project for the Archaeology and Geography of Ancient Transcaucasian Societies (Project ArAGATS). His research and writing projects examine the roles that material assemblages—landscapes, objects, representations—play in shaping political life. This work thus brings an archaeological vision to our understanding of the constitution of authority and the practices of subjectification. Under the auspices of his Guggenheim Fellowship, Smith plans to complete the manuscript for a book entitled The Political Machine: Affects, Objects, and Publics in Early Complex Polities (currently under contract with University of California Press). The book poses the question: what role do material objects play in forging political communities? How does the vast constellation of things that orbits around us help shape the public sphere? Sovereignty has long been closely linked to the ability of things to authorize the legitimate power of rulers ancient (e.g., the Pharaoh’s mace), medieval (e.g., the monarch’s regalia), and modern (e.g., the Bible on which the American presidential oath is sworn). Yet the importance of these singular artifacts in political pomp has had surprisingly little impact on how we understand the role of everyday objects in political association. Thus, when things forcefully intrude into the public sphere to reshape the principles of political order, we lack the conceptual tools and diachronic vision necessary to make sense of things.

Smith holds a Ph.D. and M.A. from the University of Arizona's Department of Anthropology (1996) and an M.Phil. from the Social and Political Science Faculty at Cambridge University (1991). He is the author of The Political Landscape: Constellations of Authority in Early Complex Polities (California, 2003) and co-editor of Archaeology in the Borderlands: Investigations in Caucasia and Beyond (with Karen S. Rubinson, Cotsen Institute, 2003), Beyond the Steppe and the Sown (with David Peterson and Laura Popova, Brill, 2006), and Social Orders and Social Landscapes (with Laura Popova and Charles Hartley, CSP, 2007). Most recently, he is a co-author, with Ruben Badalyan and Pavel Avetisyan, of  The Archaeology and Geography of Ancient Transcaucasian Societies, volume I: Regional Investigations in the Tsaghkahovit Plain, Armenia (Oriental Institute Press, 2009). Smith’s research has been supported by grants from diverse institutions including the National Science Foundation, the Wenner-Gren Foundation for Anthropological Research, the National Geographic Society, and the National Endowment for the Humanities. In addition, he has received fellowships from the Michigan Society of Fellows, the Franke Institute for the Humanities, the Fulbright Program, the Howard Foundation, and The Cornell Society for the Humanities.