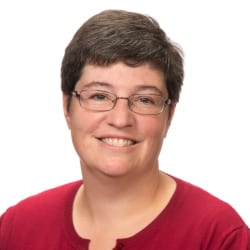 Adriaan Lanni is currently the Touroff-Glueck Professor of Law at Harvard Law School.

Her research focuses on law and society in classical Athens using methods—particularly legal theory and sociology—that draw as much on her training as a lawyer and law professor as on her background in ancient history. Although the bulk of Lanni’s work aims to elucidate the fundamental nature of the Athenian democracy, some of her writing explicitly compares ancient and modern legal doctrines or institutions to provide a source of constructive imagination for modern policymakers. Both Lanni’s research in ancient law and her teaching at Harvard Law School are motivated by a desire to explore what truly “popular” justice might look like, what its limits are, and how far our own system has moved from any genuinely democratic method of adjudication.

Lanni’s publications include Law and Justice in the Courts of Classical Athens (CUP 2006), Law and Order in Ancient Athens (CUP 2016), and articles on ancient law and the modern criminal jury. During her Guggenheim Fellowship term she will complete a book entitled Crime and Justice in Democratic Athens.

She recently delivered a talk entitled “Why Study Athenian Law: Adventures in Institutional Design” that discusses what modern lawyers and democratic citizens can learn from ancient Athens.