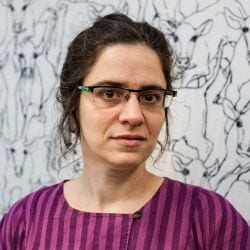 How does arguing work? Argumentation of any kind resembles fighting—a zero sum game of dominance and submission. And yet disagreement, done right, is essential to intellectual life. You can set out to fill gaps in your knowledge, but being proven wrong is the only way to locate those gaps covered over by illusions of knowledge. When other people refute you, they teach you what you couldn’t have known you needed to learn.

Arguments are only productive if people follow certain basic rules of engagement, such as:

–Winning the argument is less important than finding the truth.

–It’s good to acknowledge what you don’t know.

–You shouldn’t straw-man your opponent.

–Acknowledge that your refuter does you a favor.

Maxims of this kind are so familiar, so clichéd, that we are inclined to ignore the fact that they have a history. But they do. They did not appear out of nowhere, nor have they always been with us. Rather, they were explicitly introduced by one individual: Socrates. That, at any rate, is the story we find in Plato, in whose dialogues the character Socrates appears as stating, explaining and defending these norms. He introduces the practice of arguing for the sake of the truth, as opposed to for the sake of victory, or popularity, or audience-gratification. Does Socrates really deserve this much credit? Plato tries to make the case that he does, in a series of dialogues in which he considers and rebuts any claim that poets, or sophists, or political leaders, or orators, or ordinary citizens have on that title.

The book the Guggenheim Award is being used to support, The World Socrates Made, will analyze contemporary intellectual culture—within philosophy; within academia more broadly; and extra academically, on social media—in the light of its Socratic origins. Our cultures of debate have a peculiarly Socratic structure—that of an adversarial division of epistemic labor—that we have come to take for granted. Both the idealistic heights we expect from argumentative engagement, as well as the depths (defensiveness, ad hominem argumentation, and mutual suspicion) to which it often, in reality, sinks bear the Socratic signature. Learning to read it is critical to creating the culture of refutation that we want and need.

My first book, Aspiration: the Agency of Becoming (OUP, 2018)was about how we come to value new things. I argued that such fundamental personal transformations as becoming a parent, acquiring a passion for classical music, or becoming a patriot of one’s adopted homeland can be understood as governed by a rational process of self-creation.

Aspiration was reviewed in the Times Literary Supplement and discussed in The New Yorker.

About me: I am a philosopher at the University of Chicago.

Some of my work in public philosophy:
(1) Columns:
The New York Times
The Point magazine
(2) Podcasts:
“Elucidations,” episodes #1 and #100
“Conversations with Tyler” with Tyler Cowen
The “Not Unreasonable” podcast with David Wright
(3) Interviews:
by Richard Marshall at 3:16am
by the University of Chicago Philosophy Review