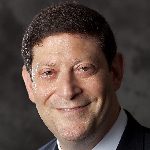 Alan Willner received the Ph.D. (1988) in Electrical Engineering from Columbia University, as well as a B.S. (1982) and an Honorary Degree (Honoris Causa, 2012) from Yeshiva University. He was a Postdoctoral Member of the Technical Staff at AT&T Bell Laboratories and a Member of Technical Staff at Bellcore. He is currently the Steven and Kathryn Sample Chaired Professor of Engineering in the Ming Hsieh Department of Electrical Engineering of the Viterbi School of Engineering at the University of Southern California. Professor Willner has served on many scientific advisory boards for small companies and has advised several venture capital firms. Additionally, he was Founder and CTO of Phaethon Communications, a company acquired by Teraxion, that created the ClearSpectrum® dispersion compensator product line which is presently deployed in many commercial 40-Gbit/s systems worldwide.

Fields as diverse as medicine, education, physics, environmental science, energy and sociology have all been dramatically transformed by the ability to utilize large amounts of data, whether it comes from computers, sensors, storage, or imaging. However, we are approaching a point at which the amount of data being collected is outstripping our ability to readily make use of it (i.e., search for features). The John Simon Guggenheim Fellowship will support Prof. Willner’s research in using high-speed optics to assist electronics and potentially make the problem significantly more manageable.

A computer search engine takes some information in the form of a string of “1” and “0” digital data bits and tries to match this pattern to a desired pattern.  This matching can be realized by a correlator in the form of a tapped-delay-line, in which an incoming data stream is “tapped” (i.e., sampled) at different time intervals. If the taps represent a sequence of bits, the result produces a correlation peak that corresponds to the “matching” pattern. Importantly, data can be encoded on the optical wave’s amplitude, phase, polarization, and wavelength to increase data-processing speed. Such high-speed optical correlators might produce a significant decrease in the time needed to process extremely large amounts of data.