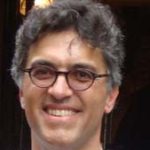 Alejandro Rosas was born in Medellín, Colombia, but spent his childhood and early adult years in Montevideo, Uruguay, and in Lima, Perú. After undergraduate studies in philosophy in Lima (1979-1984), he completed doctoral studies in Germany with a Konrad Adenauer Fellowship (1985-1990), and was awarded his Ph.D., summa cum laude, for his dissertation on Kant's Refutation of Idealism; his dissertation was published in 1991. In February 1992 he won a contest for a full-time position as Assistant Professor at the Universidad Nacional de Colombia, in Bogotá, where he has worked ever since. He has spent research periods in Germany as a fellow of the Deutsche Forschungsgemeinschaft (August 1992 to July 1994) and as a Fellow of the Alexander von Humboldt Foundation (March 2000 to February 2002), completing projects on Kant and the mind-body problem (published in 1996 as Kants idealistische Reduktion) and on the philosophical reception of the evolutionary biology of altruism.

Since 1996 he turned to pursue a naturalistic philosophical outlook. He organized the first International Symposium on Cognitive Science and the Naturalization of Mind, in Bogotá (1998). The papers were published as a book (Bogotá, 2000). In April 2006 he organized in Bogotá the first Latin American Meeting on the Philosophy of Biology, where participants from Argentina, Brazil, México, and Colombia shared their research. The papers appeared as a book in 2007. The meeting was also the foundational event for the Bogotá Group on evolutionary thought. From 2008 to 2010 he worked as a senior research Fellow at the Konrad Lorenz Institute for Evolution and Cognition Research in Austria on a project on the evolutionary origins of morality.

His current research focuses on the evolutionary emergence of human moral behavior. This is an interdisciplinary research project that draws on wide spectrum of disciplines from evolutionary theory to moral philosophy through the behavioral and social sciences. He has published bits of this research in papers in English and in Spanish. His Guggenheim project, entitled The psychology and evolutionary biology of moral judgment, is about using social dilemmas, widely employed in evolutionary game theory to explain the evolution of cooperation, to illuminate the proximate (psychological) mechanisms that constitute the moral point of view.