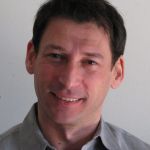 Alexander Todorov was born and grew up in Bulgaria. After graduating from Sofia University, he studied at Oxford University for a year. After completing his studies at Oxford, he moved to New York City. He completed a master's degree at the New School for Social Research in 1998 and a Ph.D. degree at New York University in 2002, where he received the Stuart Cook Award for Excellence in Social-Personality Research. Currently, he is an associate professor of psychology and public affairs at Princeton University with a joint appointment in the Department of Psychology and the Woodrow Wilson School of Public and International Affairs. He is also an affiliated faculty member of the Princeton Neuroscience Institute.

His research focuses on the cognitive and neural basis of social cognition or how we perceive and understand other people. His main line of research is on the cognitive and neural mechanisms of person perception with a particular emphasis on the social dimensions of face perception. His research approach is multidisciplinary, using a variety of methods from behavioral and functional Magnetic Resonance Imaging experiments to computer and statistical modeling. The span of his research ranges from the social consequences of rapid, initial person impressions to the basic neural mechanisms underlying such impressions. His work on evaluation of faces on social dimensions has been funded by the National Science Foundation. In 2008, he received the SAGE Young Scholar Award from the Foundation for Personality and Social Psychology. His work has been published in more than twenty-five peer-reviewed journals, including Science, Proceedings of the National Academy of Sciences, Trends in Cognitive Sciences, Psychological Science, Journal of Cognitive Neuroscience, and Journal of Personality and Social Psychology. His research has been featured in the national and international media, including New York Times, PBS, NPR, Washington Post, National Geographic, The Guardian, and The New Scientist.