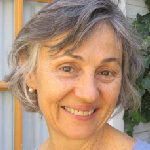 Alice Elliott is an Academy Award–nominated director, a writer, producer, university-level teacher, advocate for the disabled, cinematographer, and a member of New Day Films, a forty-year-old educational film distribution cooperative. Her short documentary, The Collector of Bedford Street follows fifty-eight-year-old Larry Selman.  Every year, Larry raises thousands of dollars for charity while he lives at the poverty level himself.  Because of Larry’s thirty years of service to her neighborhood, Alice Elliott and her community created a Supplemental Needs Adult Trust Fund for him. This was the first time that a group, rather than an individual’s family, did this. The film makes real the reciprocal rewards of inclusion, revealing how the community as a neighborhood learned to embrace Larry, not just to tolerate him.

The Collector of Bedford Street aired on HBO/Cinemax and received funding from The Jerome Foundation (1998–99), The Eastman Foundation (2001), The NorthStar Foundation (1999), and the Women in Film Finishing Fund (2001).  The film screened at over seventy film festivals, winning nineteen awards between its release in 2001 and now, including three awards at its premier at the Aspen Shorts Fest (2001), The Henry Hampton Award from The Council on Foundations, The 2003 Award for Documentary Excellence from The Foundation for Jewish Culture, A Christophers Award in Media from the Catholic Christopher Society, The Dream Award from the Western Law Center for Disability Rights, The Family Award from the USA Film Festival, and a Directors Choice Award from the Black Maria Film Festival.

Alice Elliott was the director, co-producer, and the principal verite cinematographer on her latest film, Body & Soul: Diana & Kathy, which aired on PBS for National Disability Awareness Month. Body & Soul: Diana & Kathy was in production for five years.  Diana Braun, who has Down syndrome, and Kathy Conour, who has cerebral palsy, had a thirty-eight-year symbiotic relationship.  They live independently in their own home in Springfield, Illinois, travel to Washington, D.C., to advocate for people with disabilities, and serve on boards for various national disability organizations. The production of Body & Soul: Diana & Kathy was funded by The Corporation for Public Broadcasting through a competitive grant from the Independent Television Service (2006–2007).  The film received a production grant from the New York Foundation for the Arts Independent Artist  (2007), a grant from the Illinois Humanities Council (2008), and an outreach grant from the Illinois Council on Developmental Disabilities (2008). Outreach funding has been provided by two grants from The Fledgling Fund (2008 and 2011) and The Puffin Foundation (2009).  Body & Soul: Diana & Kathy premiered at the American Association on Intellectual and Developmental Disabilities national convention and won its 2007 Media Award. It was chosen Best of the Fest at the SuperFest Film Festival, a disability activist film festival, received the TASH Image in the Media Award, was nominated for an International Documentary Association Award, screened at the Full Frame Documentary Film Festival and The Hot Springs Documentary Festival.  The film has been invited to forty film festivals and has been seen nationally on public television (2009 and 2010) during Disability Rights Awareness month.

In 2010, Body & Soul: Diana & Kathy was selected for The American Documentary Showcase by the United States State Department and The University Film and Video Association.  Alice was invited to accompany the film and raised money to bring Diana Braun, the surviving subject of the film, to Uzbekistan.  Alice and Diana met with local disability groups, reporters, and students while screening the film in Uzbek and Russian at the U.S. Embassy.  This year Alice Elliott has been invited to be the first guest lecturer in the Clohesy Documentary Film Series at the University of Northern Iowa.

Alice is also a full-time faculty member at New York University’s Tisch School of the Arts, and has been producing documentaries for almost twenty years. She runs the boutique documentary film company Welcome Change Productions, whose mission is to lead social change by revealing the big stories hidden in the human heart.

Her writing includes the Nickelodeon series Are You Afraid of the Dark? She co-authored The Tale of the Bookish Babysitter. With Cliff Bryant, she completed a screen play, Hat Trick. A published and produced playwright of both adult and children’s plays, her work includes the book for Wide Awake Jake, co-authoring The Magic Fishbone with music and lyrics by Tom Chapin and Michael Mark. Her other plays, Willing to be Lucky and The Incredible Shrinking Family, premiered in New York City at the Joseph Campbell/Jean Erdman Open Eye: New Stagings series.

As a performer, she appeared on ABC’s daytime drama Loving for ten years and made two feature films, including Four Friends directed by Arthur Penn. For major publishers in New York, she has recorded English as a Second Language programs and is one of the speakers on the TOEFL English Standard audio tests. In addition she has produced or performed in over 200 commercials. She teaches a voice over class for NYU’s School of Continuing and Professional Studies, and coaches voice-over clients, radio personalities, and public speakers.

She is a member of Actors Equity, American Federation of Radio and Television Artists, Screen Actors Guild, and New York Women in Film and Television (former board member and secretary).