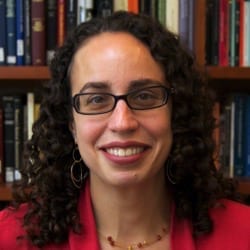 Amalia D. Kessler is the Lewis Talbot and Nadine Hearn Shelton Professor of International Legal Studies and Professor (by courtesy) of History at Stanford University, as well as the Director of the Stanford Center for Law and History and the law school’s Associate Dean for Advanced Degree Programs. Her research explores the intersections between law, markets and dispute resolution in France and the United States from the early modern period through to the twentieth century. Among her publications are the award-winning books Inventing American Exceptionalism: The Origins of American Adversarial Legal Culture, 1800-1877 (Yale UP, 2017) and A Revolution in Commerce: The Parisian Merchant Court and the Rise of Commercial Society in Eighteenth-Century France (Yale UP, 2007). She is currently writing a book that reconceptualizes the origins of modern American arbitration, tracing its roots in early twentieth-century efforts to remake the state. Amalia graduated from Harvard College and then earned a J.D. from Yale Law School and a Ph.D. in History from Stanford. Before joining the Stanford faculty, she clerked for Judge Pierre N. Leval on the United States Court of Appeals for the Second Circuit and worked as a trial attorney in the U.S. Department of Justice, Civil Division.