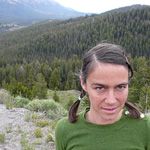 Amy Franceschini is an artist and educator who uses various media to encourage formats of exchange and production, many times in collaboration with other practitioners. An overarching theme in her work is a perceived conflict between humans and nature. Her projects reveal the history and currents of contradictions related to this divide by collectively challenging systems of exchange and the tools we use to “hunt” and “gather." Using this as a starting point, she often provides a playful entry point and tools for an audience to gain insight into deeper fields of inquiry—not only to imagine, but to participate in and initiate change in the places we live.

Amy has created temporary schools, bus tours, and large-scale exhibitions internationally. In her Gardening Silicon Valley Superfund Sites project in 2007, she cataloged and planted twenty-six fallow sites of former high-tech companies with native flowers. Six months later she hosted a bus tour through this landscape. In 2008, she created a proposal to the City of San Francisco to adopt an urban agriculture program based on the historic Victory Garden programs. This work was exhibited at the San Francisco Museum of Modern Art in 2007 and in 2008, and a pilot program was adopted by the city of San Francisco which fostered a collaboration with a network of urban gardeners resulting in a garden planted in front of city hall.

Amy founded the artists collective and design studio Futurefarmers in 1995, and co-founded Free Soil, an international artist collective in 2004. Futurefarmers’ design studio serves as a platform to support art projects, an artist-in-residency program and research interests. She is currently searching for land to house Futurefarmers and create a permanent agricultural land trust.

Amy’s solo and collaborative works have been included in exhibitions internationally including the Walker Art Center, ZKM, Whitney Museum, Mu¬seum of Modern Art, and Yerba Buena Center for the Arts, San Francisco. She received her B.F.A. from San Francisco State University and her M.F.A. from Stanford University. She is currently a visiting faculty at California College of the Arts and Stanford University. She is the recipient of Artadia, Cultural Innovation, Eureka Fellowship, Creative Capital, and SFMOMA SECA awards