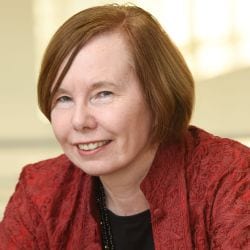 Andrea McDowell began her career as an Egyptologist, with a focus on the village of the workmen who built the tombs in the Valley of the Kings - the only well-preserved settlement of the Pharaonic period and the source of some twenty-thousand texts. McDowell’s work ranged from text publications to more accessible pieces, including an article in Scientific American and her book Village Life in Ancient Egypt: Laundry Lists and Love Songs; but her special interest was in the workmen’s law and legal institutions.

McDowell switched to legal academia in 1998. Her current area of interest is both wildly different from and strikingly similar to that ancient Egyptian village, namely, the mining camps of the California gold rush, 1848-1853. These, too, were small communities whose letters, diaries, and newspapers give a rich picture of law in action, from claim jumping to criminal trials.