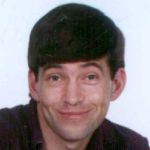 Andrew Paterson is a Distinguished Research Professor at the University of Georgia, jointly appointed in three departments (Crop and Soil Science, Plant Biology, and Genetics) and the director of the Plant Genome Mapping Laboratory.  He earned his B.S. (summa cum laude) in plant science from the University of Delaware, and M.S. and Ph.D. degrees in plant genetics from Cornell University, carrying out postdoctoral studies with Steven Tanksley at Cornell.  From 1989 to 1991 he worked at the E. I. DuPont Company in crop biotechnology, also serving as an adjunct faculty member at the University of Delaware.  In 1991, he joined the faculty of Texas A&M University, where he was appointed to the Christine Richardson Endowed Professorship in 1996.  He moved to the University of Georgia in 1999.

His research into plant genome organization and analysis has yielded basic insights into the evolutionary history of angiosperms, and its application has contributed to genetic analysis of agriculturally important traits in many leading crops.  His laboratory has been active in genetic and evolutionary analysis of sorghum, cotton, sugarcane, Brassica, peanut, Bermuda grass, maize, rice, and other crops, also participating in sequencing the genomes of many of these and other organisms.

Andrew Paterson has served on eight editorial boards, and is currently an associate editor of Genetics, Theoretical and Applied Genetics, and Tropical Plant Biology.  He also chairs the Sorghum Genomics Executive Committee, and is on the steering committee of the International Cotton Genome Initiative.