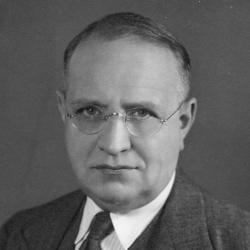 WOODHOUSE, ARTHUR SUTHERLAND PIGOTT.  Appointed for the completion of a book to be entitled “Milton, His Mind and Art: An Essay in Synthesis”; tenure, three months from June 20, 1942, and nine months from December 20, 1942.

Publications:  Editor of and contributor to Puritanism and Liberty: Being the Army Debates, 1947–9 from the Clarke MSS, with Supplementary Documents, 1938. Contributor to Studies in English by Members of University College, Toronto, 1931; annual contributor, 1937—, of “Report for Canada” in Annual Bibliography of English Language and Literature; editor of Letters in Canada, 1935—. Articles and reviews in Times Literary Supplement, University of Toronto Quarterly, Canadian Journal of Economics and Political Science, Journal of English and Germanic Philology, English Historical Review, Modern Language Review, American Historical Review.