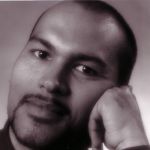 The founding artistic director of Brazz Dance Theater, Augusto Soledade has also been an Assistant Professor in the Department of Theater and Dance at Florida International University since 2004.  Born in Salvador, Bahia, Brazil, Mr. Soledade received a B.S. from the Universidade Federal da Bahia in 1989, and an M.F.A. from SUNY Brockport in 1998, where he garnered the Pylyshenko-Strasser Dance Award.

Mr. Soledade has been a Visiting Assistant Professor at Wells College (1998-99), the University of Michigan (1999-2000), and Smith College (2000-04).  Among the many institutions and organizations that have supported his work through grants are Smith College, the Northampton Arts Council, Creative Capital, and the State of Florida Division of Cultural Affairs. He has also received a Choreographer Fellowship and an Individual Artist Fellowship from Miami-Dade Division of Cultural Affairs.

Mr. Soledade has described his choreographic style as Afro-Fusion, and maintains that in his dance he is expressing and showing the universality of aspects of his personal history, cultural tradition, and ancestral memory.  Among his many choreographic works are Oxowise—The Hunting Divinity, which he developed while teaching at Smith College and which has toured extensively in the U.S. and abroad;  In Light of Rhythm, which was selected to be performed by Brazz Dance Theater at the Second Biannual Association for the Study of Worldwide African Diaspora Conference in Rio de Janeiro in 2005; Cacadores de Pipa, which he created with Valeria Pinheiro and which toured widely in Brazil; and, more recently, A Foot for Samba, another Pinheiro-Soledade collaboration, which the Brazz Dance Theater premiered at Byron Carlyle Theater in Miami, Florida, in 2007.

Follow this link to view a short video of the choreography Augusto Soledade has been developing for his Guggenheim Fellowship project, Dreaming Amazonia.