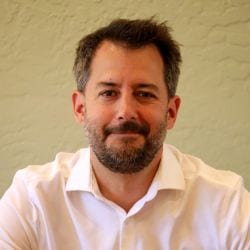 Brian DeLay’s research explores intersections of U.S., Latin American, and indigenous histories in the long 19th century. His first book explained how Native American polities shaped the era of the U.S.-Mexican War. War of a Thousand Deserts (Yale University Press, 2008) received awards from several scholarly organizations, including the Western History Association, the Society for Historians of the Early American Republic, and the Latin American Studies Association. He has since published articles on a variety of topics, including instability in the 19th and 21st century borderlands; guns and governance in Mexico’s post-independence history; Lincoln's policy toward the French Intervention; violence and belonging on the Navajo-New Mexican frontier; the transnational context for John Singleton Copley’s painting Watson and the Shark; the role of indigenous peoples in the history of U.S. Empire and American foreign relations; and the U.S. government’s 200-year patronage of the arms industry. He is the editor of North American Borderlands (Routledge, 2012), and the coauthor of the U.S. history textbook Experience History (McGraw-Hill).

DeLay will spend his year as a Guggenheim Fellow at the Stanford Humanities Center, focused on two projects. He’ll complete a book for W.W. Norton about the international arms trade and how it shaped relations of power in the Americas, and he’ll launch a digital humanities project that tracks the movement of weapons around the world from the end of the Napoleonic Wars to World War I.

Born and raised in Colorado Springs, DeLay earned his B.A. from the University of Colorado, Boulder, and his MA and PhD from Harvard University. He taught for five years at CU Boulder and in 2009 moved to the University of California, Berkeley, where he is currently Associate Professor of History. He lives with his family in Albany, California.