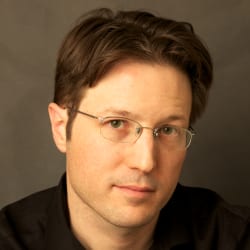 Brian Seibert was born in Los Angeles in 1975. He is the author of What the Eye Hears: A History of Tap Dancing (FSG, 2015), which was a finalist for a National Book Critics Circle Award and won an Anisfield-Wolf Book Award. Since 2011, he has been a dance critic and features writer for The New York Times, and he has contributed to The New Yorker since 2002. His reviews, features, and essays have appeared in The Village Voice, The Los Angeles Times, Slate, Dance Magazine, and The Threepenny Review, among other publications. Described by Arlene Croce in The New York Review of Books as “a dance critic known for the penetration and nimble wit of his reviews,” Seibert was characterized by Joan Acocella in the New Yorker as “an artist—he writes beautiful prose and is a crackerjack storyteller.” What the Eye Hears—hailed by The New York Times not just as a book that illuminates the history of tap dance “as well as anyone ever will” but as “nothing less than a social history of our country’s deepest folk and pop roots”—was also praised in The New Republic, The Wall Street Journal, Harper’s, Commentary, The Times Literary Supplement and The Economist, which chose it as one of the Best Books of 2015. Seibert has been awarded fellowships from the MacDowell Colony and the Corporation of Yaddo. A graduate of Yale University and Columbia University, he has taught writing at the Chinese University of Hong Kong, Columbia University, and Yale University. He lives in Brooklyn with his wife and daughter. Photograph Credit: Nancy Crampton