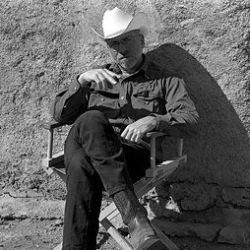 My interest in and commitment to photography, and my current definition of myself as an artist, grew out of my 26-year career as a professional photographer, which began shortly after I graduated from Dickinson College in 1977, with a degree in English literature.

I joined the staff of The Perry County Times, the official county newspaper in 1978, as a reporter-photographer, (self taught in both) writing and photographing feature stories, public meetings, and general news in a largely rural-agricultural county of over 30,000 people. I chose the Times to gain access to a world of people and life that I had only read about. This was the world of blacksmiths and tractor-pulls, milking parlors, emergency services, 4-H Dairy Queens, senior citizen centers, church barbecues and the like. It was real, tangible, and direct and my interest in photography grew into a passion.

I worked for the next four years entirely as a photojournalist for Harrisburg’s daily newspaper, The Patriot-News (circulation 100,000). Here I honed my narrative and documentary skills on photography assignments ranging from spot-news to feature stories, sports, and advertising. During this period the paper published about 4,000 of my pictures.

I founded Socolow Photography in 1984, because I felt a need for more independence, autonomy, and greater technical and creative challenge. For the past twenty-one years I have been specializing in commercial, industrial, architectural, and editorial photography. I have done work for regional, national and international clients and I have exhibited in group and solo exhibitions.

I date the real beginning of my ambitious artistic work in 1998, when I consciously pursued subject matter unrelated to my commercial work. I worked as often and assiduously as I could. I photographed at carnivals, summer festivals, and other public events. I carried my camera with me always photographing on the streets of Harrisburg, during ordinary business errands and in my spare time. On vacation I photographed in the streets of Paris and Venice and in the countryside of western Ireland. By the year 2000, I began to see that the meetings, conferences, political rallies, award banquets, and annual conventions of my professional assignments were but another facet of the public life of my personal work and could be approached and photographed much the same way. Consequently, I began taking a second set of cameras to my professional assignments and learned the skills required to photograph an event both for my client and for myself, going rapidly back and forth between two entirely different styles and sensibilities and two entirely different sets of equipment. I have given this ongoing project the working title “Scenes from Civic Life.”

As I continue to work on this project, in its various manifestations and locations, I’m finding strong parallels in my work and the Japanese Zen aesthetic known as Wabi-Sabi. It is essentially a worldview grounded in the transient, the imperfect, the incomplete. Wabi-Sabi is the art of the impermanent, of flux, and it is a recurring theme in my photographs. Often, my pictures have a seemingly uncontrived accidental quality that may fall outside the confines of traditional notions and concepts of composition and technique. It is my hope and intention that through the very ambiguity of my photographs that each viewer comes to their own realizations and awarenesses; that, like poetry, they try to describe the undescribeable; that as separate events they imply the universe; that they are transcendent.

I differentiate my personal photography from my commercial photography. My personal work began out of a need to rediscover that which is important about photography; that which was getting lost from my day-to-day commercial and advertising photographic work. The intent was simply to do photographs that were without any ulterior motives or purpose other than to be a vehicle of creativity, a means of defining the world, our times, the light at a particular time of day, irony, humor, a moment of beauty, a moment of truth.

This body of personal work has since morphed into a project that I call “Scenes from Civic Life.” These pictures are an ongoing series of visual essays that organize my personal photography. They are garlands of stories strung together from glimpses, glances, of everyday life, from things simply as they are. The pictures are isolated moments, character sketches, specific instants entwined and held suspended so that in their entirety they describe and contain the world.

My work seeks in a most elemental, quiet, honest, and direct manner to express the commonplace in the societies and cultures of the human milieu. This is similar to the traditions of painters such as Breughel, Millet, Pissarro, Canaletto and going back to some of the earlier depictions of daily life as found in the Lascaux cave paintings or Greco-Roman pottery.

Moreover, there is a strong literary underpinning to my photography. In “Scenes from Civic Life” I draw inspiration and ideas from a number of authors. Two who immediately come to mind are Sherwood Anderson with his Winesburg, Ohio or Sarah Orne Jewett and her Country of the Pointed Firs. Like them, my pictures are stories or poems, loosely strung together, each showing something small and specific. There are no grand themes or narrative thread connecting one story to the next; simply isolated instances, isolated character sketches, isolated moments that, in the end, create and describe our culture and our world.

“Scenes from Civic Life” is not intended to be narrative. And while it may seem in a certain way documentary I am not interested in making documents. Rather, the documentary style serves as a departure point toward an intent more lyrical and painterly. In a sense, like poetry, it is my intent to give form to the indescribable.

These photos are the result of the enthusiasm and discovery that is felt when venturing forth with a camera. Through this body of work I hope to convey my process of awareness, discovery, and technique that I draw upon when photographing.