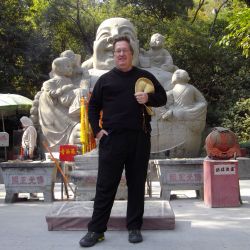 For the Guggenheim fellowship, I will spend the academic year 2015-2016 doing research on the eastern Khoisan languages of Botswana, none of which has been documented. In particular, I will write a dictionary of Sasi and a grammar of Kua.

I currently live in NYC where I am professor of linguistics at New York University.