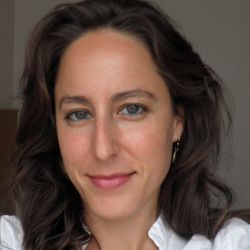 Christiane Gruber is Associate Professor of Islamic Art in the Department of Art History at the University of Michigan, Ann Arbor. Her primary field of research is Islamic book arts, paintings of the Prophet Muhammad, and Islamic ascension texts and images, about which she has written two books, several articles (including for Newsweek), and edited a volume of articles. She also pursues research in Islamic book arts and codicology, having authored the online catalogue of Islamic calligraphies in the Library of Congress as well as edited the volume of articles entitled The Islamic Manuscript Tradition. Her third field of specialization is modern Islamic visual and material culture, about which she has written several articles and co-edited two volumes.

Over the past decade, Gruber has taught art history at the University of Michigan, Indiana University, Humboldt University, and Sorbonne University. From 2008 to 2010, she served as a board member of the Historians of Islamic Art Association as well as editor of the scholarly listserv H-ISLAMART. Her research has been supported by a number of grants, including the Max-Planck Foundation, the Mellon Foundation, the Council on Library and Information Resources, the National Endowment for the Humanities, the American Research Institute in Turkey, the American Institute of Iranian Studies, the American Research Center in Egypt, and Fulbright-Hays.

The Guggenheim Fellowship will enable Gruber to write her fourth book entitled Gezi Graffiti: Resistance and Visual Culture in Contemporary Turkey. This study explores how individuals experience and perform political dissent in a contemporary Middle Eastern context. It focuses in particular on the Turkish Gezi Resistance Movement, which created an array of oppositional self-images during Summer 2013. At this time, Gruber was active on the ground in Istanbul and shot more than 3,000 photographs. Her personal photographic archive—quite possibly the largest of its kind in the world—led to several photojournalistic articles and forms the backbone of her current project.

Gezi Graffiti is rooted in multiple disciplines, most especially art history, visual culture, sociology, anthropology, and media, museum, conflict, and memory studies. The book thus adopts a range of methodological and theoretical approaches drawn from these various fields within the humanities to pose a number of critical questions about the role and power images play in the political, social, cultural, and religious conflicts unfolding in Turkey today.