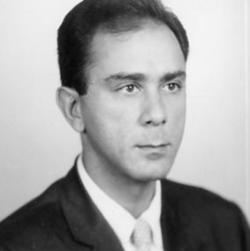 Christopher Davis was born in Philadelphia, Pennsylvania, in 1928, and raised there. He was educated at public schools; at the Colorado Springs Fine Arts Institute; at the Art Students League in New York City; at the Barnes Foundation in Philadelphia; at the Academy of Fine Arts in Rome; and the University of Pennsylvania, where he earned his bachelor’s degree and was inducted into Phi Beta Kappa in his junior year.

His father was the Philadelphia labor lawyer Edward Davis. His mother, Josephine Davis, was a social activist. His uncle was the American composer Marc Blitzstein, who also was a Guggenheim Fellow (1940, 1941). He is the father of four daughters and is married to Sally Warner, the artist and children’s book author, with whom he lives in Altadena, California.

Davis has taught creative writing at a number of schools, chiefly the University of Pennsylvania and Bryn Mawr College, from which he retired in 1995 as Senior Lecturer Emeritus in the Arts.  In addition to his Guggenheim Fellowship, he has held two grants from the National Endowment for the Arts grants and one from the Pennsylvania Council on the Arts. He has also been an artist in residence at Yaddo on four occasions and at the Villa Montalvo in California.  In 1991 the American Academy and Institute of Arts and Letters honored him with its career award.

Initially trained in visual arts, Davis has maintained a parallel worklife in drawing and sculpture. Reviews of his books, as well as photographs of his stone carvings and bronzes may be seen on his website.

The Christopher Davis Collection of manuscripts, drawings, letters, photographs, and other papers is housed in the Howard Gotlieb Archival Research Center at Boston University.