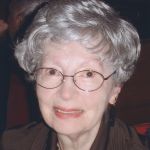 With co-authors Professors Richard J. Pietras (UCLA) and Ilka Nemere (Utah State University), both of whom had been doctoral fellows in my research group in the Department of Molecular, Cell and Developmental Biology at UCLA, I have continued to publish a series of reviews of the scientific field which my laboratory launched: the primary site of recognition of agonists (hormones of both steroid and peptide nature) at the outer surfaces of those cells equipped with receptor structures of appropriate configuration. Such reversible “docking,” accompanied by an almost instantaneous cascade of secondary reactions in the cellular cytoplasm, propels the signal toward and into the nucleus where, within some hours, the ultimate response is generated.

Recently, this work has led to the award of an honorary degree of Doctor of Science from my undergraduate institution, Hunter College of the City University of New York, “for dedicated commitment to science and education” at the commencement exercises, May 31, 2007. I value this recognition deeply, in the light of my debt to my alma mater for a preparation, second to none, for my graduate studies at the University of Minnesota, and a lifetime of immersion in scientific research and teaching thereafter.

The Guggenheim Fellowship I received during the relatively early period of my research gave me a valued opportunity for total application to my field.