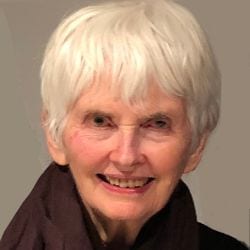 Constance A. Nathanson holds a PhD in sociology from the University of Chicago and is currently a Professor in the Departments of Sociomedical Sciences and Population and Family Health at Columbia University’s Mailman School of Public Health in New York City. She has over 45 years of experience in research on sociological dimensions of health and health policy. Her work over the past twenty years has focused on the history, politics, and sociology of public health policy and policy change in the United States and in its peer developed countries. Recent publications include articles theorizing policy and policy change in public health from a sociological perspective, more substantive articles on tobacco and gun control policy, the role of social movements in policy change, and essays on health inequalities, as well as a book, Disease Prevention as Social Change (2007), that describes and interprets public health policy shifts across time in the United States, France, Great Britain, and Canada. Her current project, Blood, Politics, and Death, is a cross-national comparison of the very different responses to HIV contamination of the blood supply in the United States and France, grounded in extensive archival research and oral history interviews with actors in this drama of the 1980s and early 90’s, a tragedy now largely-forgotten, at least in the United States.

Nathanson’s research has been supported by the Robert Wood Johnson Foundation, the National Institute of Child Health and Development, the National Library of Medicine, the Russell Sage Foundation, and the Fulbright New Century Scholars Program. She has held an NSF-supported Visiting Professorship for Women at the University of Pennsylvania, was a Visiting Scholar at the Russell Sage Foundation in 1998-99, and was a Scholar in Residence at the Ford Foundation’s Bellagio Center in 2005. In 2006, Nathanson was elected as a Fellow of the American Academcy for the Advancement of Science.

In addition to her research, Nathanson has played a major role in generating and leading institutional grants to support research training and to provide and develop infrastructure for research in population and the social sciences, both at Johns Hopkins and at Columbia. She directed NICHD-supported pre-doctoral training grants at both institutions (and continues to direct this program at Columbia), led the Hopkins Population Research Center for seven years, and was a founding director of the Columbia Population Research Center, a position she held from 2007-2015.