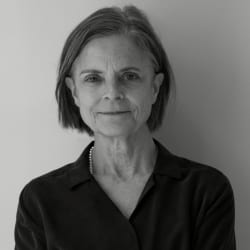 Cynthia Saltzman is the author of Portrait of Dr. Gachet: the Story of a van Gogh Masterpiece (Viking, 1998) and Old Masters, New World: America’s Raid on Europe’s Great Pictures (Viking, 2008). She also selected the letters and wrote an introduction for Vincent van Gogh Lettere, published in 2010 by Einaudi in its I Millenni series.

During the Guggenheim Fellowship year, she will be working on a book to be published by Farrar, Straus and Giroux, tentatively titled Plunder: Napoleon and Veronese’s Feast, about Napoleon’s theft of Paolo Veronese’s Wedding Feast at Cana from Venice.

Her work has focused on art in the late 19th century—in Europe and America—its creation, acquisition, and migration—its interplay with the economics, politics, and cultural ambitions of that time.

She holds a BA from Harvard University in Fine Arts, an MA from the University of California, at Berkeley, in the History of Art (1975), and an MBA from Stanford University (1977). She lives in New York.