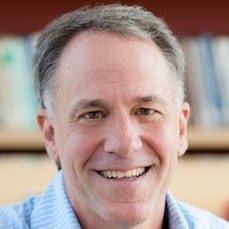 Daniel Jordan Smith is the Charles C. Tillinghast, Jr. '32 Professor of International Studies and Professor of Anthropology at Brown University. He is also the Director of Brown's Africa Initiative at the Watson Institute for International and Public Affairs.  A prize-winning author and an award-winning teacher, Smith's research in Africa focuses on a range of issues, including political culture, population processes, gender, and health. He won the 2008 Margaret Mead Award for his first book, A Culture of Corruption: Everyday Deception and Popular Discontent in Nigeria. Professor Smith's second book, AIDS Doesn't Show Its Face: Inequality, Morality, and Social Change in Nigeria, won the 2015 Elliott P. Skinner Award from the Association for Africanist Anthropology.  His most recent book is To Be a Man Is Not a One-Day Job: Masculinity, Money, and Intimacy in Nigeria.  Smith's current research project investigates how Nigerians cope with widespread failures of fundamental infrastructure and basic services, with particular attention to how the resulting entrepreneurial activities and informal economic enterprises are, paradoxically, central to the consolidation of state power and the substance of citizenship. From 2012-2019, he served as Chair of Brown's Department of Anthropology. In 2017, Smith was the keynote speaker at Brown's Convocation.