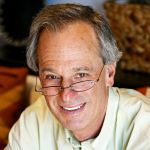 Daniel L. Stein is Professor of Physics and Mathematics at New York University. From 2006 to 2012 he served as NYU Dean of Science.  Prior to coming to NYU, he served on the faculties at Princeton University and at the University of Arizona, where he was Head of the Department of Physics for a decade. He received his Ph.D. in physics from Princeton University in 1979. His research is in the fields of theoretical condensed matter physics and statistical mechanics.  It focuses primarily on randomness and disorder in condensed matter systems, with an emphasis on magnetic materials and on stochastic processes leading to rare nucleation events.  In addition, he has worked on topics as diverse as protein biophysics, biological evolution, amorphous semiconductors, superconductors and superfluids, liquid crystals, neutron stars, and the interface between particle physics and cosmology. His publications include over 150 technical research papers, numerous nontechnical articles and editorials, eight books, and five patents. His awards include an Alfred P. Sloan Fellowship, Princeton University C. E. Proctor Fellowship, University of Arizona College of Science Distinguished Teaching Award, Commission on the Status of Women Vision 2000 Award, election as a Fellow of the American Physical Society, election as a Fellow of the American Association for the Advancement of Science, and the U.S. Air Force Exemplary Civilian Service Medal.