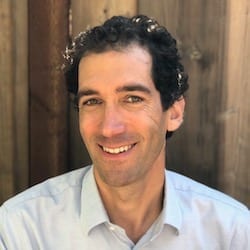 Daniel Mason is a physician and author of The Piano Tuner (2002), A Far Country (2007), The Winter Soldier ​(2018), and A Registry of My Passage Upon the Earth (2020). His writing has been translated into 28 languages, awarded the Joyce Carol Oates Prize (2020) and the Northern California Book Award for Fiction (2019), and shortlisted for the James Tait Black Memorial Prize (2008). The Piano Tuner was produced as an opera by Music Theatre Wales and performed at the Royal Opera House in London, and later adapted for the stage in Chicago by Lifeline Theatre. His short stories and essays have appeared in ​The Atlantic, Harper’s, Zoetrope: All Story, Zyzzyva and Lapham’s Quarterly, and have been awarded a Pushcart Prize (2017) and a National Magazine Award (2008). In 2014 he was a recipient of a fellowship from the National Endowment for the Arts. An Assistant Professor in the Stanford University Department of Psychiatry, his research and teaching interests include the subjective experience of mental illness and the powerful ways literature, history, and culture shape the practice of medicine.