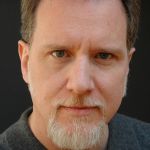 Born in Brooklyn, New York, Daniel Tobin is the author of four books of poems, Where the World is Made (University Press of New England, 1999), Double Life (Louisiana State UP, 2004), The Narrows (Four Way Books, 2005), and Second Things (Four Way Books, 2008), as well as the critical study Passage to the Center: Imagination and the Sacred in the Poetry of Seamus Heaney (University Press of Kentucky, 1999). His fifth book of poems, Belated Heavens, is forthcoming from Four Way books in 2010. Awake in America, a study of Irish American poetry, will be published by the University of Notre Dame Press. Mr. Tobin has also edited The Book of Irish American Poetry from the Eighteenth Century to the Present (University of Notre Dame Press, 2007), Light in the Hand: The Selected Poems of Lola Ridge (Quale Press, 2007), and (with Pimone Triplett) Poet’s Work, Poet’s Play: Essays on the Practice and the Art (University of Michigan Press, 2007). Among his awards are the "The Discovery/The Nation Award," The Robert Penn Warren Award, The Greensboro Review Prize, the Robert Frost Fellowship, the Katherine Bakeless Nason Prize, and a creative writing fellowship from the National Endowment for the Arts. His work has been anthologized in Hammer and Blaze, The Bread Loaf Anthology of New American Poets, Poetry Daily Essentials 2007, Broken Land: Poems of Brooklyn, Third Rail: The Poetry of Rock and Roll, The Norton Introduction to Poetry, and elsewhere. He is currently Chair of the Writing, Literature, and Publishing Department at Emerson College in Boston.