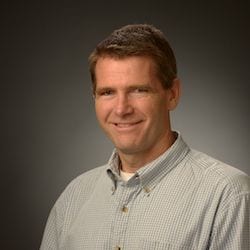 David Carey Jr. holds the Doehler chair in History at Loyola University Maryland. Throughout his career as an historian of Latin America, his overriding interest has been to understand and highlight the perspectives of people who often are ignored in historical narratives. Working with small-scale farmers, migrant laborers, and other poor and working-class women and men in rural Chile, Peru, and Guatemala and street children in Mexico City, he came to appreciate the remarkable resourcefulness and resolve required to eke out a living on the margins of society. Those experiences convinced him disenfranchised people had much to teach us about the conditions that challenged their ability to succeed. Through his scholarship, his commitment to social justice was increasingly informed by a desire to understand how marginalized people made sense of their past and present. While destitution, racism, and sexism have derailed many lives, some people developed strategies to minimize disadvantages and to repurpose oppressive structures to advance their own agendas. In a manifestation of his collaborative approach to research and scholarship, he wrote a historical monograph in Kaqchikel-Maya: Ojer taq tzijob’äl kichin ri Kaqchikela’ Winaqi’(A History of the Kaqchikel People) to ensure Mayas would have access to his empirical data and analysis in their own language.

In addition to writing more than thirty peer-reviewed articles and essays, he is the author of I Ask for Justice: Maya Women, Dictators, and Crime in Guatemala, 1898-1944, which was a co-recipient of the 2015 Latin American Studies Association Bryce Wood Book Award. His other books include Engendering Mayan History: Kaqchikel Women as Agents and Conduits of the Past, 1875–1970 and Our Elders Teach Us: Maya-Kaqchikel Historical Perspectives. In collaboration with other scholars and communities, he has edited three volumes: Distilling the Influence of Alcohol: Aguardiente in Guatemalan History, Latino Voices in New England, and Violence and Crime in Latin America: Representations and Politics. His most recent book is Oral History in Latin America: Unlocking the Spoken Archive(2017).

With the Guggenheim fellowship, Dr. Carey will complete his project “Pandemic Politics: Race, Healing, and Public Health in Guatemala and Ecuador, 1900-1950,” which will demonstrate howrace intersected with the differing roles of the state to produce divergent health care and public health outcomesin two nations with large indigenous populations. As the first comparative history of public health in Ecuador and Guatemala, “Pandemic Politics” will trace both the relationship between the state’s—at times coercive—public health campaigns and indígenas (indigenous people) and the tensions between scientific and indigenous health practices. By historicizing how those overlapping medical systems and the hybrid health care that emerged from them were defined and deployed, he will show how the state attempted to extend its power to rural areas through public health initiatives.

In addition to the Guggenheim Fellowship, Dr. Carey’s research has been supported by the Fulbright Program, American Philosophical Society, Tinker Foundation, American Historical Association, Marion and Jasper Whiting Foundation, and others. From 2009 to 2010, he was the University of Southern Maine, Trustee Professor. At Loyola University, he was the Hanway Faculty Scholar in Global Studies from 2015-2018.