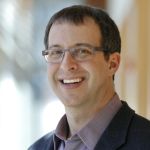 David C. Engerman is Ottilie Springer Professor of History at Brandeis University, where he has taught international history and modern American history since receiving his Ph.D. from the University of California, Berkeley, in 1998. His Berkeley dissertation, revised, appeared as Modernization from the Other Shore: American Intellectuals and the Romance of Russian Development (Harvard, 2003); it won the Stuart Bernath and Akira Iriye Prizes and was named a Choice Outstanding Academic Title.  He has also published Know Your Enemy: The Rise and Fall of America’s Soviet Experts (Oxford, 2009), edited a new edition of The God That Failed (Columbia, 2003), and has co-edited two sets of essays on modernization and development programs. Engerman was named a “Top Young Historian” by the History News Network (2010) and was awarded the Bernath Lectureship for “excellence in teaching and research” by the Society for Historians of American Foreign Relations (2006).  His scholarly articles have appeared in major U.S. journals, including the American Historical Review, and in six other countries.  Beyond these scholarly outlets, his writings have appeared in Atlantic Monthly, Chronicle of Higher Education, Foreign Affairs, Humanities, and in the Boston Globe and Chicago Tribune. Building on his earlier scholarship on American programs of development aid, his current project is “Planning for Plenty: The Economic Cold War in India” (under contract to Harvard University Press).  Using sources from more than a dozen archives in five countries, the project explores the ways in which superpower aid competition in the newly independent nations revealed important elements—and key contradictions—of the global Cold War.  This project is supported by grants from the American Council of Learned Societies, American Institute of Indian Studies, National Council for Eurasian and East European Research, and other sources.  The Guggenheim Fellowship will provide the time to complete “Planning for Plenty.” Profile photograph by Mike Lovett