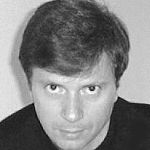 Demetri Terzopoulos is the Chancellor’s Professor of Computer Science at the University of California, Los Angeles. He is also affiliated with the University of Toronto as an adjunct professor in the departments of Computer Science and Electrical & Computer Engineering. He is a Guggenheim Fellow, a Fellow of the Association for Computing Machinery (ACM), a Fellow of the Institute of Electrical and Electronics Engineers (IEEE), a Fellow of the Royal Society of Canada (RSC), and a member of the European Academy of Sciences (EAS).

Mr. Terzopoulos received the Ph.D. degree (1984) in EECS (Artificial Intelligence) from the Massachusetts Institute of Technology (MIT) and the M.Eng. and Honours B.Eng. degrees in Electrical Engineering from McGill University. After graduation, he was a research scientist at the MIT Artificial Intelligence Lab, Cambridge, Massachusetts. Prior to becoming an academic at Toronto in 1989, he was affiliated with Schlumberger, Inc., serving as a Program Leader at corporate research centers in Palo Alto, California, and Austin, Texas. He has been a visiting professor at IBM’s Almaden Research Center in San Jose,  at Intel Corporation in Santa Clara, at Digital’s (subsequently Compaq’s and Hewlett-Packard’s) Cambridge Research Laboratory in Cambridge,  at the NEC Research Institute in Princeton,  at the Schlumberger Laboratory for Computer Science in Austin, Texas, at the Institute for Infocomm Research in Singapore, and at the University of Paris-Dauphine. He joined UCLA in 2005 from New York University, where he had been Professor of Computer Science and Mathematics at NYU’s Courant Institute of Mathematical Sciences since 2000 and held the Lucy and Henry Moses Endowed Professorship in Science.

Listed by ISI and other citation indexes as one of the most highly cited authors in engineering and computer science, he has written more than 300 scientific articles and monographs, primarily in computer vision, computer graphics, medical image analysis, computer-aided design, and artificial intelligence/life, including the volumes Real-Time Computer Vision (Cambridge UP, 1994), Animation and Simulation (Springer-Verlag, 1995), and Deformable Models in Medical Image Analysis (IEEE CS Press, 1998). He has given over 400 invited talks around the world, including more than eighty distinguished lectures and keynote or plenary addresses.

Mr. Terzopoulos is the recipient of a 2005 Academy Award for Technical Achievement from the Academy of Motion Picture Arts and Sciences for his pioneering work on realistic cloth simulation for motion pictures. In 2007, he was the inaugural recipient of the Computer Vision Significant Researcher Award from the IEEE "For his pioneering and sustained research on Deformable Models and their applications." His other citations include an award from the Association for the Advancement of Artificial Intelligence (AAAI) in 1987 for his work on deformable models in vision, a Marr Prize citation from the IEEE in 1987 for his work on active contours (snakes), an award from NICOGRAPH in 1996 for his work on human facial modeling and animation, two awards from Computers & Graphics in 2002 for his work on dynamic virtual humans and deformable models in medical image analysis, two citations from the International Medical Informatics Association in 1999 and 2003 for his work on model-based medical image analysis, a citation from SAE International in 2006 for his work on autonomous virtual humans, awards from the International Digital Media Foundation in 1994 and from Ars Electronica (the premier competition for creative work with digital media) in 1995 for his work on artificial animals for computer animation and virtual reality, and six University of Toronto Arts and Science Excellence Awards. In 1998 the Canadian Image Processing and Pattern Recognition Society cited him for his "outstanding contributions to research and education in image understanding." The Ph.D. thesis of his student Xiaoyuan Tu won the 1996 ACM Doctoral Dissertation Award and in 2003 his Ph.D. student Alex Vasilescu was named a TR100 Top Young Innovator by Technology Review magazine.

He has served on DARPA, NSF, NIH, National Academies, and NSERC advisory committees, and on the Presidential Scientific Advisory Board of the Max Plank Institute for Informatics in Saarbrucken, Germany. He has served on the program committees of the major conferences in his fields of expertise and was an Area Chair of the 2007 IEEE International Conference on Computer Vision (ICCV), Program Co-Chair of the 1998 IEEE Conference on Computer Vision and Pattern Recognition (CVPR) and the 2004 Pacific Graphics Conference (PG), and Conference Co-Chair of the 2005 SIGGRAPH/EG Symposium on Computer Animation (SCA). He is or was a founding member of the editorial boards of the journals Medical Image Analysis, SIAM Journal on Imaging Sciences, Graphical Models, Videre: Journal of Computer Vision Research, Applied Mathematics Research Express, and the Journal of Computer Animation and Virtual Worlds. He is a Series Editor of the Springer-Verlag Lecture Notes in Computer Science. He is a member of Sigma Xi and the New York Academy of Sciences. He has been a consultant to about a dozen American, Canadian, and Japanese corporations.