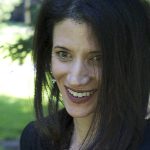 Denise Gigante, Professor of English at Stanford University, is the author of The Keats Brothers: The Life of John and George, a biography of the English poet and his pioneer brother published with Harvard University Press in 2011. The book was a New York Times Notable Book for 2011 and an Editor’s Choice in The New York Times Book Review. She is also the author of Life: Organic Form and Romanticism (Yale UP, 2009), The Great Age of the English Essay: An Anthology (Yale UP, 2008), Taste: A Literary History (Yale UP, 2005), and Gusto: Essential Writings in Nineteenth-Century Gastronomy (Routledge, 2005). She will spend the fellowship year working to complete The Book Madness: A Story of Book Collectors in America, contracted with Harvard and focused on circles of book collecting and bibliomania in mid-nineteenth-century America. Making a library can be a consumerist means of forging literary tradition, and private collections were often idiosyncratic, creative expressions of the personality of the biblio-connoisseur. This book will show how, in mapping their relation to literary tradition, these bookish men of taste known as bibliomaniacs participated in a system of irreproducible value that pushed back against the very commodity culture in which they lived, moved, and had their being. Professor Gigante received her B.A. from Yale, her Ph.D. from Princeton, and is currently serving as Faculty-in-Residence at Stanford’s Overseas Program in Oxford.