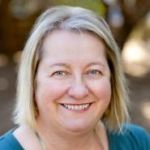 I am a geographer concerned with the human dimensions of global environmental change, especially the challenges of responding to climate change in the Americas.  I teach at the University of Arizona where I am the co-director of the Institute of the Environment and a Regents Professor in the School of Geography and Development.  I have been interested in the impacts of climate on society and issues of equity and climate change for most of my professional career.   I was born in Ghana and grew up in the UK, moving to North America for graduate work at the University of Toronto and UCLA. I began my research career with work that modeled climate impacts on global crops and food systems and then turned to the analysis of how people and places became vulnerable to climate change, with a focus on agriculture and livelihoods in Mexico. When I moved to the University of Arizona in the 1990s I began to work on other Mexican environmental issues, especially land-use change and U.S.-Mexico border environmental problems and their relation to neoliberalism and NAFTA.  I helped to develop a regional climate assessment center for the southwest U.S. (CLIMAS) and organized an annual conference on the border environment. With my friend and colleague Sallie Marston, I wrote a textbook to introduce students to our changing world and its geography. World Regions in Global Context is now in its fifth edition. I then spent a period as Director of the Environmental Change Institute at Oxford University where my research shifted to larger questions of climate governance including climate and development, climate adaptation, and on the geographies of the new carbon economy in the form of carbon offsets.  I also began to work with several arts and cultural organizations on questions of climate change, and collaborated on discussions that produced the ideas of Planetary Boundaries and Earth System Governance. Returning to the southwest I became director of the Institute of Environment at the University of Arizona where I have been working to promote and expand environmental research, including the creation of a center on Climate Adaptation Science and Solutions.  I served on the transition team to create the new international science initiative called Future Earth, chaired a panel for the NRC America's Climate Choices study, and have contributed to the 2014 US National Climate Assessment. I hope to use the opportunity of a sabbatical and the Guggenheim fellowship to reflect and write on questions of climate, development and poverty, on the challenges of interdisciplinary environmental research and communication, and on how to live within our planetary boundaries.