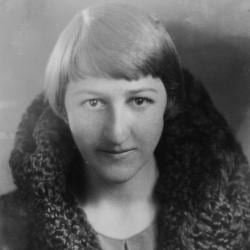 ORCHARD, DOROTHY JOHNSON:  Appointed to make a study of the social movements accompanying the industrialization of China, in China; tenure, eight months from June 20, 1931.

Publications:  Six chapters in Japan’s Economic Position: The Progress of Industrialization, by John E. Orchard, 1930. Articles in The Journal of Political Economy, Political Science Quarterly, The Annals of the American Academy of Political and Social Science.